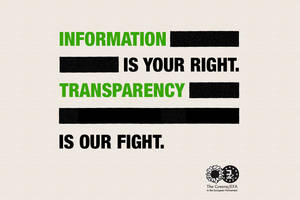 Last week, the Petitions Committee of the European Parliament hosted a public hearing at which legal experts, academics, civil society organisations and representatives of the European Ombudsman's office highlighted key areas in which there is a need for serious reforms in both law and practice when it comes to transparency, access to justice and public access to information in the EU.

1. Transparency of decision-making, notably on trilogues

The transparency of trilogues (in which the three EU institutions gather to negotiate European laws in an informal “climate of confidence”) is a hot topic. With a court case ongoing before the European Court of Justice, and the European Ombudsman in the midst of an investigation on the topic, there is little agreement either within the EU institutions or between them over what levels of transparency in trilogues could be considered as “appropriate”.

Experts at the hearing highlighted that trilogues are part of the legislative process and that as such, they should be transparent and accessible to citizens. For example, Paivi Leino-Sandberg highlighted that the right to participate is also a fundamental right, meaning that transparency during the process - not just after - is imperative.

Experts at the hearing emphasised the need to revise the confidentiality rules, so that there is clearer criteria over which documents are to be considered confidential, and why. The trend to make Members of the European Parliament access “confidential information” in secure reading rooms with no telephones, pens or paper, is starting to spread: we even have an example in which the EU Food Safety Authority offered, in response to a public access to documents request, to provide “secure reading room” access to industry-drafted studies on the chemical glyphosate (used by EFSA to insist that the substance is “probably not carcinogenic”, to the dismay of many academics, health experts and activists).

3. Transparency of the Eurogroup

Strictly speaking, the Eurogroup is not subject to any rules on access to documents, even though all other EU offices, bodies and agencies access to documents are obliged to respect it as a fundamental human right. The European Ombudsman has called on the Eurogroup to be more transparent about its functioning, given the enormous impact that Eurogroup decisions have on the economy, the work force and the daily lives of citizens. But there is still much work to be done in the area.

No private citizen or NGO has ever managed to access the European Court of Justice to defend their rights to a clean environment. This is because the rules on access to the courts are too restrictive, making it possible to go to court only if you have been individually affected by a particular decision. However, since all cases concerning the environment have, by definition, more than one “victim” or “affected person”, all claims raised so far have been thrown out and never even examined by the judges in the European Court of Justice.

The Greens/EFA group has chosen Transparency and Democracy as one of its key priorities and we will continue to fight to make the EU more transparent, inclusive, accountable and participative. For more information, or to help us in the fight, contact Pam Bartlett Quintanilla or Marc Gimenez