Odyssey of the "MSC Flaminia"

Commission and EMSA come up short in ghost ship saga

The saga of the stricken vessel MSC Flaminia has once again thrown up glaring deficiencies in maritime crisis management and response.

The German container ship with 150 containers of chemicals classified as 'dangerous goods' caught fire mid-Atlantic on 14th July 2012 resulting in the death of one sailor and another missing. Despite the obvious threat to human life and the environment, and therefore contrary to present EU law, no adjacent port was willing to receive the stricken ship which was left in limbo until permission was granted for it to be towed to safe harbour in German waters. Rather than harbouring the vessel as quickly as possible, ensuring its safe unloading and starting with the investigations of what exactly caused the accident, the ship now has to be towed past the extremely environmentally sensitive Wadden sea, in order to finally reach its 'home harbour'. As in the case of a number of ship accidents in the past, including the Prestige accident and subsequent oil spill in 2002, after the accident occurred, responsibilities as well as coordination activities were unclear, increasing the risk of environmental catastrophe from a ship with cargo classed as dangerous goods.

The head of the European Maritime Safety Agency (EMSA) and representatives of the European Commission came in for heavy criticism from Green MEPs in the Transport Committee Thursday who demanded to know why EU law was not respected. Neither the Commission nor the EMSA were able to answer questions on the MSC Flamina and the breakdown in crisis management other than to say that they did not currently have decision making or enforcement powers. The representatives even appeared to be surprised at the questions and were completely unprepared.

Green MEPs Michael Cramer and Keith Taylor were appalled to hear that the revision of the directive to grant such powers may not take place for another 2 years!

The rules must be changed immediately to grant the European Commission powers to enforce EU law, so that the regulations that were passed in response to terrible environmental disasters can be adhered to in order to prevent the impacts of such accidents. Green MEPs will keep up the pressure until these changes are made.

The MSC Flamina is 85,823-tonne vessel with a cargo of 2,876 containers, 149 being classed as dangerous goods, according to the Maritime and Coastguard Agency (MCA). A fire broke out on the 14th July forcing the crew of 25 to abandon ship. One crew member was confirmed dead, another missing presumed dead. Information on the ships cargo was patchy until a Russian journalist published the full manifest, including information on the dangerous cargo. Five weeks after the crew abandoned ship, permission was given for it to enter German waters. Fire on board was still causing concern due to the dangerous nature of its cargo. 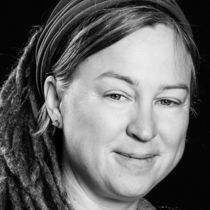