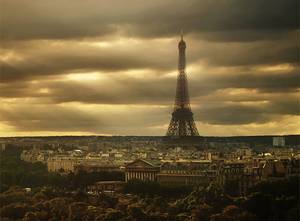 This proposal is a positive step towards ratifying the Paris Agreement this year, and it shines a spotlight on the upcoming EU environment Ministers meeting on June 20. Early action and swift implementation are absolutely essential to keep the global temperature increase well below 2°C and to pursue efforts to keep it to 1.5°C, as per the commitments made in Paris. But also, the risk of the European Union not being part of the group of countries bringing the Paris Agreement into force would have a major impact on the EU’s credibility as being at the forefront of the fight against climate change. As the Paris Agreement comes into force when 55 countries representing 55% of global greenhouse gas emissions deposit their instruments of ratification with the United Nations, it is important that the EU shifts up a gear and ratifies the agreement before the next COP22 in Marrakesh this November. To date, the USA, India, China and tens of other countries have already confirmed that they will ratify this year — the European Union cannot afford to get left behind.

Early ratification is good, but not enough. The current national pledges for commitments made by the EU and others are insufficient to achieve the temperature goal set out in Paris: they would in fact lead to a dramatic increase of 3°C! This means that the EU must increase its short, medium and long term climate and energy objectives if they are to be coherent with the commitments made in Paris. The EU needs first to increase its 2020 greenhouse gas reduction target to 30%, as it has promised to do in case of global action on climate change - which is now the case. Crucially, the EU must also up the ambition of its 2030 targets to 60% of greenhouse gas emissions reduction, 45% of share of renewables and 40% of energy efficiency. The international stocktaking in 2018, foreseen under the Paris Agreement, is the perfect time to deliver these improvements and ensure coherency with the Paris Agreement. There is no other way to be credible in our intention to fully decarbonise our economy by 2050.

It is time to align with the Paris Agreement, and to do it quick. The European Parliament and Council must promptly approve the Commission’s proposal, and all eyes will be on next week’s Environment Council. There is no time to waste. The Paris Agreement signalled a clear and strong comedown from dirty forms of energy, and we need to move fast if we want to limit global warming. Every minute counts.

We are ready. Why aren't you ?

EU must take the lead with more ambitious climate targets