As the EU Commission and industry push ahead with plans to deregulate new GMOs, EU citizens are still not properly involved in the debate

The issue of new GMOs and whether they should be regulated, or not,  has been in the spotlight recently with a high-level event organised by the Commission on 28 September and a hearing at the EU Court of Justice on 3 October. A clear outcome of these debates is that the right of citizens to decide which technologies should be used and in which conditions, is absolutely (unsurprisingly) off the radar of the biotech and agro-chemical industries, a certain part of the scientific community, and the EU Commission. This has to change.

The issue has been stalling for years

It has now been almost 10 years since the discussion first started at EU level concerning the new techniques of genetic modification, the potential risks they pose and their legal status. When legislators adopted on the current GMO regulation in 2001, these techniques did not yet exist. Since then, more than 10 new techniques have been designed, which the biotech industry is in a hurry to introduce into the EU food production system (through modified crops, animals, and bacteria). Progress has been stalling for several reasons, one of them being the extreme political sensitivity of the GMOs issue. The past couple of weeks have shown an acceleration in the discussions, but in a disturbingly one-sided direction.

In short, the question that remains unanswered, at least officially, for the Commission is whether these new techniques result in GMOs? And if so, should they be exempt from existing EU regulatory requirements for risk assessment, traceability, labelling, and biosecurity measures that are required for “current” GMOs?

If these new techniques are not legally considered as responsible for producing GMOs, or if for any other reason they are exempt from obligations under Directive 2001/18 (1), the resulting products, such as seeds, crops, animals, and animal products will be treated in the same way as their non-GM counterparts. This means: no evaluation of associated risks, no labelling of seeds, food or feed and no surveillance of the dissemination of the modified genetic material. The result is no way for farmers or consumers to make a choice concerning these techniques, and no possibility to monitor their effects on health or the environment.

This debate, whose outcome could entirely change the face of agriculture and food production in the EU, has remained below the radar and is largely invisible to the wider public opinion, and unfortunately, also to a number of legislators.

The issue finally gained a higher profile recently, essentially thanks to the Commission event titled ‘Modern biotechnologies in Agriculture: paving the way for responsible innovation’.

A few days before the event, the Dutch government stoked the debate by releasing a proposal for a modification of Directive 2001/18, which would essentially exempt all new techniques from any obligations currently applied to GMOs: a blank cheque to release unknown modified organisms into the environment without any kind of monitoring.

Alas, the Commission’s event continued in the same direction: the idea was to discuss how to foster the use of these techniques in agriculture, without at any moment pausing to reflect on the reality of the need for these new tools or on the kind of farming model they support.

Several speakers tried to put these questions on the table, along with the very incomplete risk assessment of most of these techniques, only to be ignored or accused of being ‘anti-science’. Even more problematic, when a representative of Danish consumers (2) asked to delay the decision-making process, so that citizens might be involved in the debate, the moderator referred to her position as “post-fact”. He might have felt encouraged by the fact that 80% of attendees at the conference, which was supposed to be wide and inclusive, were representatives of the biotech or agro-chemical industry, and the scientists working with them.

With a vocal call from EU Commissioner for Health and Food Safety, Vytenis Andriukaitis, in favour of “more appropriate” regulation, this event felt more like a daylong Monsanto advertisement paid for by taxpayers’ money than a proper debate.

For the Commission, preserving the market comes before safety

A new episode unfolded last week with a hearing at the European Court of Justice on 3 October, on the so-called French case. In total, nine French NGOs were defending the argument that all of these techniques, including vitro mutagenesis, are GMOs according to the legal definition in Directive 2001/18 and cannot be exempt from obligations linked to this statute. That is because there is no proven record of safety, neither have they been in use for long enough. The NGOs also argued that EU institutions have an obligation to regulate these techniques because of the precautionary principle.

The Commission’s lawyer made the extremely surprising argument that safety was not a criteria to decide if these techniques should be exempted or not and that the EU had no obligation to act as long as the internal market was not disturbed. According to them, EU countries are free to decide whatever rules they want for these techniques, as long as they respect the treaty. In practice, this would lead to untraceable and unchecked cultivation of modified plants in several Member States, rendering any future EU regulation virtually impossible. It is a fait accompli strategy even more unacceptable than any push to weaken the current regulation.

High time to involve citizens in the discussion

It is very clear from several legal studies that these new techniques of genetic modification produce GMOs. The Greens/EFA group in the European Parliament will not accept the release of these modified organisms in the EU without proper risk assessment, labelling and traceability, since it is the only way to protect the health of EU citizens and our right to choose, as well as our environment.

The inability, or the unwillingness, to involve consumers and citizens in this debate is not only unacceptable but dangerous - the last thing we need now is to fuel euro-scepticism by pushing unlabelled GMOs down the throats of reluctant citizens. It is high time to spread the discussion at national and local level, and to let your elected representative know what you think!

(1) Directive (CE) 2001/18 regulates at EU level the deliberate release of GMOs either for cultivation or for use in food and feed. 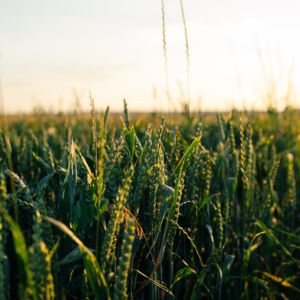 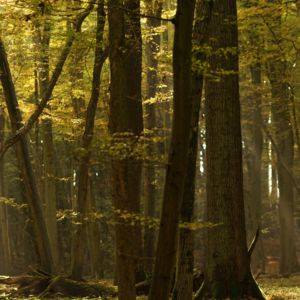