There is currently a heated debate ongoing about the need to prevent dirty energy companies from disproportionately influencing and watering down climate policy. Ecuador together with other developing countries are leading the charge to demand the introduction of a conflicts of interest policy in the UN Climate Change negotiations, and they are supported in this endeavour by NGOs, Green politicians and the “G77 group” of States – all of whom are demanding more ambitious action to protect the planet.

Those of us who really want to prevent climate change are getting increasingly frustrated at the “double-speak” of various governmental actors, which is often fuelled by an overly-cosy relationship between the fossil fuel industry and the establishment. This is the 23rd year in a row that governments from across the world meet to try and tackle climate change, and every year progress is made, but still those with ambition feel that more could – and should – be done.

There have been a number of breakthroughs in this area – just last month, the European Parliament specifically demanded that conflicts of interest be tackled in the context of future climate change negotiations. And now, the issue was not supposed to be on the agenda of the COP23, but at the last minute, a specific session was organised yesterday (8 November), trying out an “open dialogue” format between parties and observers. It was timed to coincide with the official side-event organised by NGOs, perhaps to avoid them from participating, perhaps just as a coincidence.

One of the sessions focused around stakeholder participation, and in this kind of forum the issue of conflicts has previously been raised. Last May there was a strong message coming through with several counties and NGOs speaking up on the issue and requesting the creation of a conflicts of interest policy.

Greens/EFA MEP Max Andersson took the floor on behalf of the Climate Justice Network during yesterday's open dialogue meeting, together with representatives from other Environmental NGOs, the Youth Constituency, and the Women and Gender Constituency to insist on the urgent need to deal with conflicts of interest in climate change policy. Fiji, which holds the Presidency of the COP this year, has named the meetings the “Talanoa Dialogue” (formerly known as the "Facilitative Dialogue") and it aims to use this forum to ratchet up ambition and also to discuss the issue of stakeholder participation in climate policy.

- We will need to keep up the pressure and work together with Fiji, Ecuador and the G77, as well as with NGOs, sustainable businesses and all of those defending an ambitious change in the status quo in order to protect the planet.

- There will be another official event on conflicts of interest in Bonn in May next year. Parties will be invited to provide input to the discussions around January, so watch this space for more news!!

A couple of pics:

Stop the greenwashing - Why this EU Taxonomy is not gr…

The Fit for 55 package - updates 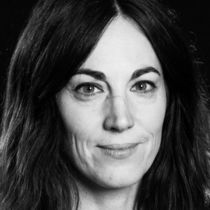