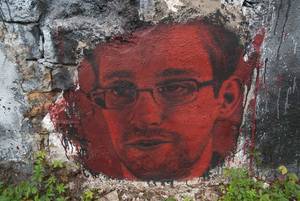 Edward Snowden has shown the world that our privacy is breached intentionally, repeatedly and brutally by the NSA. He is now a wanted man, for the crime of exposing the truth. The European Parliament as a whole will vote on the 12th of March on the report by the Civil Liberties committee into the mass surveillance programmes of the NSA and bodies in various Member States, and the impact they have on EU citizens' fundamental rights. The Greens have tabled the following amendment to that report: "Calls on EU Member States to drop criminal charges, if any, against Edward Snowden and grant him protection and consequently prevent extradition or rendition by third parties, in recognition of his status as whistle blower and international human rights defender" In recognition of the importance of whistle blowers to the mindset and actions of citizens and their elected officials, and as part of our long standing position of defending the privacy of EU citizens, we have launched a website calling for all EU citizens to become game-changers and to ask MEPs to show their commitment to protecting whistle blowers. Please visit: