Another important milestone in the push for an EU-wide urban speed limit of 30 km/h has been reached, with the European Commission having accepted a proposed EU citizens' initiative on the subject.

The Greens/EFA group has long pushed for an EU-wide urban speed limit of 30 km/h to be introduced, a demand that the European Parliament supported in 2011.

Road accidents across Europe remain at unacceptably high levels and there is a need for a more concerted effort to improve road safety. An EU-wide urban speed limit of 30 km/h would ensure drivers have to respect the same road rules no matter where they drive, making it easier for drivers and safer for all those on or near our roads. Lower speed limits in urban areas will not only have major safety benefits for all road users but will also reduce noise and air pollution and, as such, would be a win-win situation.

For more information and to sign the initiative, see the official EC page. 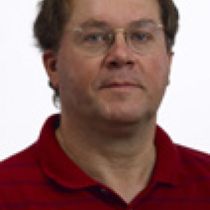