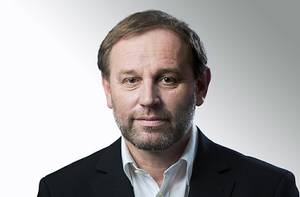 Not really. There are some promising elements in it, for example on energy efficiency and public investment, but overall it looks like a very meagre beast. I am particularly concerned that Juncker is clearly in favor of the TTIP EU-US trade agreement, which will not have much positive influence on our health, nor food safety. However, we will take him at his word when he says he will not sacrifice Europe’s safety, health, social and data protection standards or our cultural diversity on the altar of free trade.

What is your initial reaction to the proposal of Vytenis Andriukaitis as commissioner?

Ostensibly, the fact that the proposed commissioner for health and food safety Vytenis Andriukaitis has a medical background is a plus, particularly given the worrying implications of our current industrial food system on public health. However, we have concerns with the brief he has been given, which would view this crucial portfolio for the European public from a narrow economic and commercial perspective.

What about the proposals for how the new Commission will deal with food safety and sustainability?

It is worrying that the whole approach to this sensitive area for public health and European consumers seems to be framed in a commercial and pro-big business context. The health and food safety portfolio is to be steered by the vice-president for jobs, growth, investment and competitiveness! Responsibility for medical products, for example, will be scandalously shifted to the Commission's enterprise directorate. Furthermore, a clear part of the brief is to "simplify existing legislation", which is shorthand for scaling backing existing EU standards and regulations. It is however promising that the only concrete task Juncker has set out for Mr Andriukaitis is to review the current EU system for deciding on the authorisation of genetically modified organisms (GMOs). President-elect Juncker has stressed that the current "undemocratic" authorisation system must urgently be reviewed. We will take him at his word and expect the Commission to make sure the important and necessary overhaul of the EU authorisation system is not jeopardised by the controversial proposal to allow member states to opt out of GMO authorisations, which cannot be a trick to allow easier EU authorisations. The initial impressions are also not good as regards the EU's role in building a sustainable food system. The outgoing Commission has already shelved a draft EU action plan on 'building a sustainable food system'. We would be concerned with indications that Juncker intends to leave this up to individual member states to act or not. There are clear arguments for a European approach, notably including binding targets to reduce food waste.

If you could pose one question to Vytenis Andriukaitis, what would it be?

What is your view on the precautionary principle as a cornerstone of EU policy-making and how will you defend it?

The EU's authorisation procedure for GMOs - how can this be properly reformed to prevent the authorisation of a GMO when a large majority of member states and EU citizens is clearly opposed?  How will he ensure that EU trade policy does not undermine EU standards, notably as regards to public health and food safety? What should the EU do as regards food from clones or their descendants? As a bare minimum, we expect Mr Andriukaitis to advocate clear traceability and labelling requirements. How does he intend to push for a sustainable food system and will he publish the shelved EU action plan?