Transport, energy and biodiversity were the focus of a visit to Valencia by a delegation of MEPs from the European Free Alliance Group in the European Parliament.

The visit was organised and led by EFA's Valencian MEP Jordi Sebastià of Compromís. Compromís (or Commitment in English) is a progressive Valencian political party which entered last year's European elections as part of the Primavera Europea coalition with the Greens, and other regionalists. 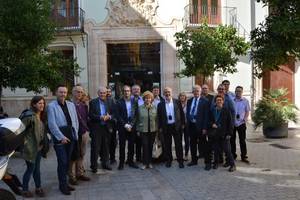 MEPs heard more of the importance to Valencia of developing the Mediterranean Transport Corridor in a way that will boost the region's economy. Local campaigners emphasised that railway development has huge potential and said that the natural route for the main South – North corridor for goods and cargo would pass through Valencia.

Developing the potential of the Mediterranean Corridor is meant to be a priority for the EU, but people in Valencia are frustrated by the lack of progress.

Meeting later with representatives of the energy sector in Valencia, the delegation were told of Spain's lack of investment in renewables and over-dependence on gas and CO2 emitting energy sources. Valencia is however recognised as a leader in developing clean energy. 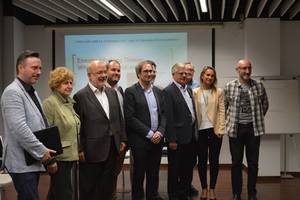 Local representatives said that Valencia has the skills and determination to develop clean and renewable energy but that the Spanish government gets in the way.

The EFA delegation also visited the historic Cabanyal district to meet residents' associations and local activists who have campaigned for over 17 years to save their homes from demolition.

The local conservative administration in the Valencia city government wanted to demolish large parts of the architecturally significant area to make way for an avenue linking central Valencia with the shores of the Mediterranean. 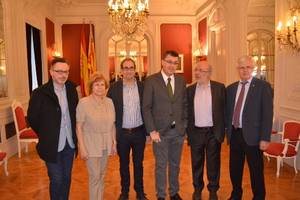 The group were also able to visit the Albufera National Park to witness the challenges in protecting biodiversity in the area.