We need decent minimum incomes for all in Europe

A decade after the financial crisis, 23.5% of the EU population is at risk of poverty or social exclusion. This includes one in ten people in work. The income distribution in Member States is not sufficient to guarantee every person a decent standard of living, despite living in one of the richest regions of the world.

Children, women, single-parent households, persons with disabilities or long-term diseases, with migrant or minority backgrounds, and the unemployed are those most affected. We need a social union where everyone has the tools to thrive and enough to live on, without discrimination.

Minimum income targets those who cannot work or access a decent job and those excluded from the benefits system, by offering them a decent standard of living. It enables people to participate in society, undergo training or look for work.

No one left behind

Although all EU Member States now have some sort of minimum income scheme, all southern and nearly all central and eastern European countries have set schemes at a level below 60% of median income, which means that those receiving minimum income do not have enough income to make ends meet. In practice, EU countries need to provide a minimum income scheme that keeps people above the poverty line.

In order for the EU to fulfil its treaty requirements - the treaty itself puts the wellbeing of citizens as the ultimate objective - one of the most urgent steps is for the next EU Commission to present a directive on minimum income setting its level at 60% of the national median income, so that no-one is left behind.

Minimum income schemes not only help the poorest, they also stabilize the economy and society. They are the glue of what keeps us together. Governments have been willing to mobilize billions to save bankers and compete over low tax rates. It is unacceptable that they then claim we lack the money to provide a decent safeguard against poverty and exclusion.

A safety net must be ensured in all EU countries for everyone and at all stages of life. It must be adequate to ensure a life in dignity and support participation in society. It should help people not only to survive, but to thrive. It should be a right.

*What do we mean by minimum income?

What minimum income is: 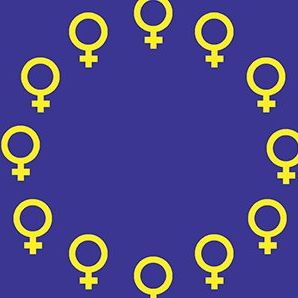