EU governments today approved a new testing procedure for car pollutant emissions under the EU's so-called 'comitology' regulatory process (1). While the test is being described as a 'real driving emissions' test, it would include loopholes allowing cars which exceed the pollutant limits set under EU law to be approved for the EU market. Hitting out at the decision, Green environment spokesperson and vice-president Bas Eickhout said:

"This is a scandalous and cynical decision by EU governments. It shows they are not only keeping their heads in the sand with regard to the ongoing car emissions scandal, but that they are also willing to ignore the major and growing public health problems linked to air pollution. This new test is being marketed as a 'real driving emissions' test but it is a sham. It is instead a gift to car manufacturers who have made no effort to meet the EU's car pollution rules.

"Under the current lab-based test cycle, cars are approved for the market despite polluting many times above the legal limits in real world driving conditions. This problem urgently needed to be addressed but this new test cycle, adopted today, would lock exemptions into law, allowing car manufacturers to continue to market cars that exceed pollutant limits set by the EU back in 2007. Under a so-called 'conformity factor', manufacturers would be allowed to market cars that exceed the limits by 110% initially and 50% permanently (2). This is an outrage. We know that there are no technological barriers to meeting the EU's limits, as some car manufacturers are already meeting the EU norms, as well as far stricter US norms. This new test cycle is rewarding dirty car manufacturers who have made no effort, whilst striking a major blow to efforts to improve air quality and tackle the health problems caused by air pollution.

"It is simply not acceptable that EU governments can use a regulatory procedure to introduce major backdoor exemptions to democratically-agreed EU laws. We will now look at all legal means to challenge this decision and will push for the European Parliament to object to the proposal."

(1) Information on the comitology process: http://ec.europa.eu/transparency/regcomitology/index.cfm?do=implementing.home#7 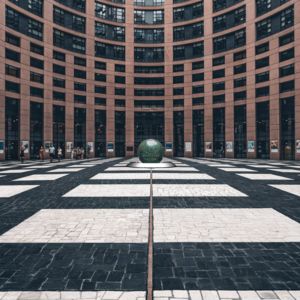