This morning (Sunday, 18 December), the negotiators of the European Parliament, the Council and the European Commission reached an agreement on the revision of the European carbon market (ETS) and the creation of a new EU Social Climate Fund. The agreement sends a clear signal to industry to reduce emissions, but Member States must urgently ramp up support for vulnerable households. Emissions trading as a climate policy instrument is a central building block of the Green Deal and the Fit for 55 package to achieve the EU's climate goal of reducing EU net emissions by at least 55 percent by 2030 and making the EU the first climate-neutral continent by 2050. The final step is the approval of the European Parliament and the Council of the negotiation result.

"We will end the free pollution party. It is now clear that industry that pollutes will pay, industry that modernizes will stay. We have achieved a strong signal to industry to reduce emissions. Oil and gas will finally pay a fair price. The agreement slashes the distribution of free CO2 certificates by half by 2030, and puts a complete stop to free allowances by 2034.

"Instead industry that modernizes and transforms will get support. In this way we secure good clean industrial jobs and production to be located in Europe in the future. Greens/EFA succeeded to fight back all attempts to weaken climate ambition, but what has been achieved is not enough to fulfill the Paris Agreement. Renewable energies will have priority in the future. Now investing in renewable energies will pay off more than sinking millions into oil and gas. Today's agreement is a good first step towards the energy and climate transition and towards a green industry. We as Greens/EFA will continue striving for bold and just climate action.”

"The Green Deal must also be a social deal. That’s why we as Greens/EFA successfully secured new safeguards against a high increase in energy bills for households as a result of the new ETS2. But I am appalled that Member States significantly slashed the size of the new EU Social Climate Fund. That’s why we as Greens/EFA fought hard to ensure that Member States have to prioritize vulnerable households when using the remaining €210 billion euro in new ETS2 revenues. However, as this is not nearly enough to protect all vulnerable households in energy and mobility poverty, Member States must quickly step up their game by massively increasing their social spending in the coming years”.

As part of the deal, emissions from the EU industrial and energy sectors will be reduced by 62% by 2030 compared to 2005. Almost 50% of the free CO2 allocations will be deleted by 2030 and completely from 2034 onwards. The reform will contribute to sending a signal to the EU industry that they have to finally start reducing their emissions. While they are currently exempt from paying a price on most of their emissions, heavy EU industries like cement, steel and iron, will have to pay for about half of their emissions by 2030 and 100% by 2034. Though the Greens/EFA would have liked a faster reduction pace, this will contribute to generating more revenues that will be spent in return to support industrial decarbonisation. The remaining allowances that will continue to be handed over for free to the EU industry will come with conditions, including the adoption of climate-neutrality plans for the most polluting installations.

Carbon pricing for buildings and transport and social investments (ETS2)

The compromise also foresees the introduction of a second Emissions Trading System (ETS2) for buildings and transport from 2027 onwards. In parallel, a new EU Social Climate Fund of 86,7 billion euros starting in 2026 will be used for structural investments and to help reducing the energy bills of households. The Greens/EFA obtained that the Fund will start a year earlier than the new ETS for transport and buildings takes effect, in order to kick-start renovations and other investments to lift households out of energy and mobility poverty.  The EU Social Climate Fund is intended to cushion possible pass-throughs of, for example, heating costs to consumers by oil and gas suppliers and mineral oil companies. This is the very first time that the EU directly invests in the climate transition of vulnerable households. Member States unfortunately succeeded in significantly reducing the size of the Social Climate Fund compared to the initial Commission’s proposal. But the Greens/EFA made sure that all the other revenues generated by this new carbon tax that is not going to the EU Social Climate Fund (amounting to around 210 billion euros over the period 2027-2032) will still be used to support climate action, in priority for the most vulnerable households.

In addition, to protect vulnerable households from the impact of higher energy bills, we secured two additional safeguards: first, the CO2-price will not exceed €45 per tonne before 2030; secondly, an emergency break will ensure that the ETS2 is postponed until 2028 if energy prices exceed today’s prices.

Extension to shipping and waste

The shipping sector will also finally start paying for its emissions progressively as of 2024 and fully as of 2026. This concerns 100% of shipping emissions intra-EU, and 50% of emissions from voyages departing from or arriving in EU ports from non-EU ports. By mid-2026, the Commission will also make a new legislative proposal to extend the EU carbon market to emissions from municipal waste incineration. Municipal waste incinerators currently emit as much as 13.4 coal-fired power plants per year.

While EU industries are currently exempt from paying for about 94% of their emissions (in theory to protect them from the competition of importers not subject to the same carbon price), this is set to change. A Carbon Border Adjustment Mechanism (CBAM) will be introduced gradually as of 2026. As a result, imports of iron and steel, electricity, fertilisers, cement and hydrogen will be subject to a carbon tax relative to the level of emissions embedded in those products, creating a level playing field with EU industries. In return, EU industries from those sectors will start paying for a fair share of their emissions, up to 48.5% of their emissions by 2030 and 100% as of 2034. 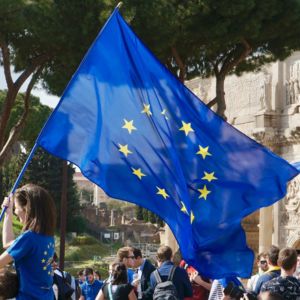 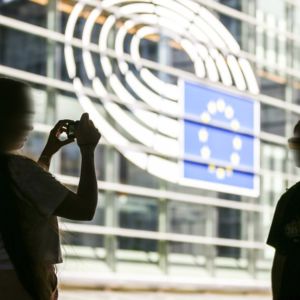 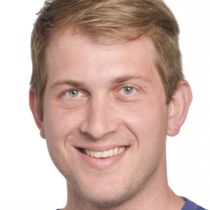