As the Conference on the Future of Europe gets underway in Strasbourg, President of the EFA Group in the European Parliament, Jordi Solé MEP has described it as a ‘historic opportunity to ensure the EU fully reflects Europe’s diversity going into the future’.

Jordi Solé is a member of the plenary of the Conference on the Future of Europe, whose inaugural plenary session takes place in Strasbourg on Saturday 19 June.

Amongst others, the Conference draws together representatives from the European Parliament, Council and member state parliaments, as well as citizens’ representatives and the Committee of the Regions.

The CoFoE is intended to help shape the future direction of the European Union and is scheduled to report in 2022.

Speaking ahead of the inaugural plenary Jordi Solé said:

“The EU is about much more than 27 member states. It is a mosaic of peoples and cultures willing to share the present and construct a common, better future.

“It is also much more than its 23 official languages and I want to ensure that all of Europe’s linguistic diversity is fully embraced and reflected. As a start, this conference should welcome contributions from citizens in their own languages, regardless their status at EU level, such as Catalan and others. We also need to see the European Charter for Regional and Minority Languages ratified by all member states.

“Europe also needs to adapt so that it can properly reflect citizens’ legitimate demands for democratic change within member states. It cannot continue looking the other way when citizens wish to use their democratic right to self-determination and freely choose a different constitutional future.

“I am looking forward to the debates and conclusions of the Conference on the Future of Europe. Europe’s diversity is one of its greatest strengths, and is something we should celebrate. But if Europe wants to succeed in future, it needs to embrace and encourage this diversity, going forward.” 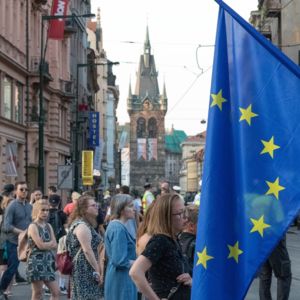 Diana Riba defends the right of safe and legal abortio…

EFA MEPs call on President Macron to respect the Europ…