The European Parliament and Council today reached a final agreement on new EU regulation aimed at tackling the problem of conflict minerals. This legislation is intended to stop the financing of armed groups through trade in conflict minerals by forcing companies to source responsibly. Commenting on the outcome, Green development spokesperson Judith Sargentini said:

“This deal is a major breakthrough in responding to the problem of conflict minerals and shows the EU is finally accepting the seriousness of this problem. For the first time in Europe, firms involved in the extraction and trade of minerals will be obliged to check whether their supply chain has links to armed conflicts and human rights abuses, and to address problems where they occur. The Commission and Council were originally intent on allowing companies to voluntarily self-certify as a ‘responsible importer’, and we are pleased to have helped secure binding legislation (1).

“However, while this is a big step forward, we are concerned that several major loopholes remain. The vast majority of ‘downstream firms’, which process the minerals and produce the final consumer products, will not be subject to binding provisions. This means the manufacturers of tablets and smartphones will not be covered by the deal, a major and worrying omission.

“We hope that the Commission will revise the legislation at the next opportunity, to make sure the full market power of the EU is used to end the link between the minerals trade and conflict.”

Africa Strategy must move beyond business as usual 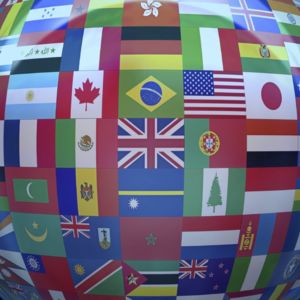 The Mercosur trade agreement is a bad compromise