Today, Members of the European Parliament have just called for an arms embargo against Saudi Arabia on the initiative of the Greens/EFA Group, in a resolution on the killing of journalist Jamal Khashoggi who was killed at the Saudi Arabian embassy in Istanbul. Ska Keller and Philippe Lamberts appeal to the EU governments to implement an EU-wide ban on arms exports to Saudi Arabia, which the Parliament has already called for three times since 2016 through Greens/EFA group-led initiatives.

Philippe Lamberts, Co-President of the Greens/EFA group in the European Parliament, comments:

"This horrific chapter should send a reminder to European governments that they cannot continue supporting the Saudi war against the Yemeni population, which has killed over a 16,000 people and leaves civilians starving. EU governments must work towards an EU-wide ban on arms exports to Saudi Arabia and targeted sanctions such as visa bans and the freezing of accounts. It's time for the world to stop swooning over Saudi oil sales and stop propping-up this barbaric and despotic regime."

Ska Keller, Co-President of the Greens/EFA group in the European Parliament, comments:

"The murder of Saudi journalist Jamal Khashoggi must have consequences. EU governments must stop supplying weapons and surveillance systems to Saudi Arabia with immediate effect. EU countries must not continue to turn a blind eye to the serious human rights violations committed by the Saudi government. The Saudi government has long been silencing opposition activists, Raif Badawi, a regime critic and Sakharov Prize winner imprisoned for six years, is one of the many victims of state arbitrariness. The heinous crime against Jamal Khashoggi must be investigated by an independent UN-led commission and the perpetrators brought to justice."

European Parliament resolution on the situation in Yemen, 4 October 2018

European Parliament resolution on the humanitarian situation in Yemen, 25 February 2016 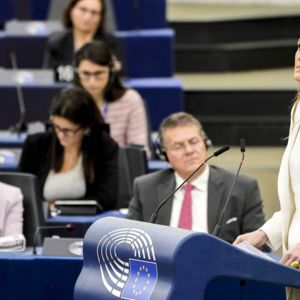