Today, a large majority of MEPs voted to adopt the General Union Environment Action Programme to 2030 (8th EAP) in the European Parliament. The decade-long environment legislation sets out the EU’s main priorities, together with strong monitoring and governance provisions to ensure these priorities are achieved.

Climate mitigation and adaptation, circular economy, biodiversity protection and restoration, tackling pollution, and decreasing pressures from production and consumption all feature highly in the legislation, first proposed by the Commission at the end of 2020. After months of intense negotiations, the final text was agreed in December, with the Parliament winning key language on ending harmful subsidies, going beyond GDP as a measure of economic progress, and recognising the need for systemic change.

For the first time, the EU legally commits to setting a deadline to end fossil fuel subsidies, consistent with limiting global warming to 1.5 degrees celsius.

Grace O’Sullivan Greens/EFA MEP and Rapporteur for the European Parliament on the 8th EAP, comments:

“Today’s vote took place just a week after the release of the recent IPCC report, which concluded that any further delay in global action will miss a brief and rapidly closing window of opportunity to secure a liveable and sustainable future for all. 2030 is the decisive decade for humanity’s future on earth. We are facing a triple planetary crisis of climate change, biodiversity loss, and waste and pollution. To deal with this, we need rapid, bold and far-reaching action.

“In particular, I am proud of the 8th EAP’s commitment to set down a deadline in the EU for phasing out fossil fuel subsidies consistent with limiting global warming to 1.5 degrees celsius, in line with the lower limit laid down in the Paris Agreement. As Russia's war of aggression in Ukraine has highlighted, we must move away from our dependence on fossil fuels and stop propping up a system that rewards industries and regimes that hold the planet to ransom around the supply of earth-wrecking fossil fuels

“I also welcome the Programme’s objective to advance towards a wellbeing economy, a first in EU law.  We know that the eternal pursuit of GDP growth is fundamentally incompatible with the earth’s finite resources so a rethink of our economic objectives is required if we are to thrive within our planet’s limit. A wellbeing economy puts the wellbeing of people and the planet at the heart of decision-making, which is exactly where it should be.”

The agreement was adopted with 553 votes in favour, 130 against and 7 abstentions. 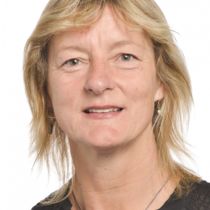