European Parliament calls for the strongest possible protection for whistleblowers

Today, the Legal Affairs (JURI) Committee of the European Parliament has just voted in favour of strengthening the European Commission's proposal for an EU-wide Whistleblower Protection Directive. The JURI committee has improved the proposal by expanding the freedom for an individual to choose how to report, and enlarged the scope of the Directive to include protection for people reporting on violations of workers' rights or gender equality in the workplace. The European Parliament has also added specific protection for people choosing to report anonymously, and has removed terminology regarding sanctions for "malicious" or "abusive" reporting, which could have discouraged potential whistleblowers from coming forward.

The Parliament is now ready to enter into "trilogue" negotiations with the European Council and Commission. The Greens/EFA group have long been pushing for an EU-wide Directive on Whistleblower Protection, having presented the Commission with a model Directive to protect whistleblowers back in May 2016. The Greens/EFA group urges the governments in the Council to treat these negotiations with the utmost priority so that this file is agreed upon in a timely manner, ahead of the European elections.

Bendek Jávor, transparency spokesperson for the Greens/EFA group in the European Parliament, comments:

"For too long, individuals have been unable to speak out when they encounter malpractice, corruption, or other crimes in the workplace for fear of retribution. Whistleblowers must have the right to report outside their own organisation, with support from others, such as trade unions, and to be protected from all forms of retaliation. With today's vote the European Parliament is sending a clear message that individuals need the strongest possible protection so that they can speak out".

Julia Reda, transparency spokesperson for the Greens/EFA group in the European Parliament, comments:

"Whistleblowers are the drivers of positive change. They have uncovered tax dodging, data breaches and war crimes, and in the process they have helped to change politics, yet still they face untold obstacles when coming forward. That's why this proposal is now a good basis with which to protect those who wish to disclose information in the public interest.

"It's now time for all three EU institutions to come to an agreement on this text and ensure that Directive becomes law as soon as possible, so that it can start protecting those who wish to come forward". 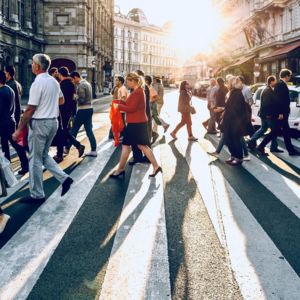