Commissioner Almunia on the wrong track

"The decision by Commissioner Almunia to give the green light to the Glencore and Xstrata merger does a disservice to European industry and European consumers. The Commission has discounted competition concerns that have been raised by this merger in a most astonishing way. Even after the abrogation of the Glencore-Nyrstar arrangement that the Commission demands as its only condition for a green light, Glencore will have a dominant position in the European zinc market. Beyond that, this new raw materials giant also enjoys the benefits of an extremely high market concentration with regard to cobalt, copper and nickel in Europe.

"Commissioner Almunia's stance is bad news for anti-trust concerns and for the prospects of market competition in the European raw materials sector. It is surprising that a more in-depth investigation into the merger was so easily dismissed." 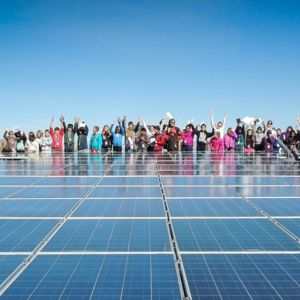 Just transition in the regions - how renewable energy …

An ecological approach to connectivity