MEPs from the conservative EPP and the socialist S&D parliamentary groups were unusually vocal in their criticism of extra income earned by MEPs during the Hearing with the French Commissioner candidate Sylvie Goulard. Numerous MEPs took offence at her former part-time job for the US think tank Berggruen-Institute, which was paid at over 10,000 euros a month (over 320,000 euros in total).

The amount of additional income that MEPs in the European Parliament can earn has not yet been regulated. A report by the NGO 'Transparency International' published last week showed that dozens of parliamentarians earn significantly more money each year through side jobs than they do via their salaries and allowances.

The Greens/EFA group will therefore propose in the next meeting of the responsible Constitutional Affairs Committee to change the Rules of Procedure in the European Parliament. The proposal is inspired by the rules for members of the US Congress where additional income is limited to 15 percent of the annual Members' income.

"High additional incomes always make the risk bigger that a conflict of interest might arise. The debate at Sylvie Goulard's hearing on Wednesday clearly showed this. That is why the Greens/EFA group are proposing to limit supplementary income, as is already the case in many other Parliaments.

"Given that MEPs from the EPP and S&D groups strongly criticised Sylvie Goulard in her hearing because of her large side income, we expect that these groups will support our initiative. During the last weeks, there has been a growing awareness of the danger of possible conflicts of interest in the European Parliament. It is now up to us to respond and implement clear rules for MEPs.

Gwendoline Delbos-Corfield, Greens/EFA Member of the AFCO committee in charge of the rules of procedure, adds:

"In order to prevent potential conflicts of interest caused by high payments from interest groups and companies, MEPs' additional income must be limited. Speeches and participation in panel discussions related to their work as MEPs should no longer be rewarded financially.

In addition, the Greens/EFA group call for a cooling off period for Members of the European Parliament to be established and for the creation of an independent ethics body to monitor possible conflict of interests. Those who represent the people need to build up trust in the European Parliament and its policies by sticking to high standards of ethics and integrity.”

The motion deals with the income from salaries that must be declared in the MEPs' Declaration of Financial Interests under Category C. Rents, capital gains, royalties and income from other political mandates would therefore not be affected by this rule. 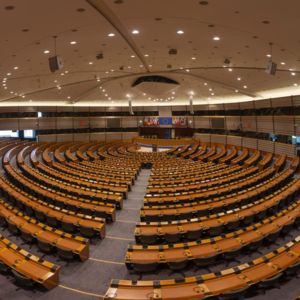