Indigenous Peoples and Policy Coherence as Priorities for Biodiversity

The European Parliament has just announced the votes on the Biodiversity and Agenda 2030 report, which was voted on yesterday. Ahead of the Conference of the Parties (COP15) of the UN Convention on Biological Diversity (CBD) in Kunming, this report is key to addressing the external dimension of the EU biodiversity strategy and the role of development policy. This new report calls for putting the rights of indigenous peoples and local communities at the heart of our decisions and for ensuring coherence in European development policies.

"This report is a victory. We cannot go to the UN Convention on Biological Diversity and establish a real strategy for biodiversity without talking about those most affected by biodiversity degradation and the best guardians of nature: indigenous peoples and local communities. The EU must recognise its responsibility for increasing land grabbing and forest destruction, but it must not fall into the trap of imposing on forest-rich countries financialisation of nature and ‘fortress conservation’ practices that cut off the relationship between humans and nature. The priority is to recognise and respect the traditional rights and practices of indigenous peoples and local communities that contribute to the conservation and sustainable use of biodiversity. Without this, global biodiversity targets cannot be met.

"If we really want to protect nature, we need to stop CO2 emissions, prevent the destruction of biodiversity and radically change our lifestyles. This report is pushing the boundaries by demanding a ban on the release of GMOs, that development aid cannot be used to promote GMOs, a halt to European exports of pesticides banned in the EU, reform the International Union for the Protection of New Varieties of Plants to respect seed rights and promote biological diversity, reform of WTO TRIPS to combat biopiracy, mandatory due diligence along value chains, ambitious funding for biodiversity and recognition of ecocides and a right to a safe, clean, healthy and sustainable environment.  The list is long, but saving biodiversity must be at the top of our agenda, like the fight for climate change.”

More:
According to the IPBES report of 6 May 2019, negative trends in biodiversity and ecosystems undermine 80% of the Sustainable Development Goals (SDGs) of the 2030 Agenda.

Next week, the Conference of the Parties (COP15) of the UN Convention on Biological Diversity will discuss concepts such as nature-based solutions. There is a substantial risk the COP15 will push the development of biodiversity offsets which can give rise to many environmental and social concerns, such as enabling continued destruction of biodiversity while companies greenwash their actions, the difficulty/impossibility of pricing or valuing the costs of nature and ecosystems.

The COP15 will also discuss a new target to place at least 30% of the Earth's surface under conservation status by 2030. It is essential to recall the need to adopt a human rights-based approach to avoid land grabs and to protect communities living in harmony with nature. 300 million people worldwide could be affected by the new 30% target for protected areas. We need to ensure that polluting companies are squeezed out, not indigenous peoples and local communities. 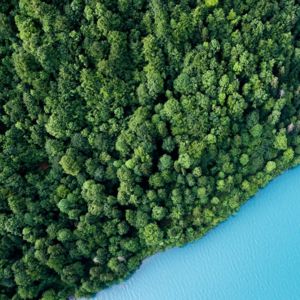