Commenting on the "memorandum", which was signed by regions in Macedonia and Bulgaria to enhance cooperation in the development and promotion of the Iron Curtain Trail, Michael Cramer, spokesman on transport for the Green group in the European Parliament, states:

"Last week I participated in a conference in Skopje, at which a ´Memorandum of Understanding and Cross-Border Cooperation´ was successfully signed by four border regions in Macedonia and Bulgaria. The conference, which was explicitly dedicated to the Iron Curtain Trail, was supported by the Deutsche Gesellschaft für Technische Zusammenarbeit (GTZ) and the German ambassador in Macedonia.

Ratko Dimitrovski and Nikolche Churlinovski, presidents of the development councils for the regions East and Southeast, as well as regional governor Valeri Smilenov and chairman of the General Council Velyo Iliev agreed to a cross-border cooperation in their regions with regards to the bicycle trail. The entire route stretches today over roughly 7,000 km from the Barents Sea at the Norwegian-Russian border down to the Black Sea, along the Western border of the former Warsaw Pact states, through a total of 20 countries. It is our goal to completely signpost the EuroVelo-Route 13 (Iron Curtain Trail) and develop it in a bicycle friendly way. Through this, the regions involved can set an example for a Europe, in which history, politics and culture are combined with soft and sustainable tourism.

Cross-border workshops concerning this bicycle project, which has been officially recognised by the EU, have already taken place in Warsaw, Sopron (Hungary), and Sofia. The infrastructure and development of the bicycle trail, which promotes sustainable tourism especially in remote regions, can be co-financed via ERDF-funds of the European Union.

We Greens support this initiative and hope that many more regions will follow this example."

The memorandum as well as information about the funding possibilities of the Iron Curtain Trail you can find at www.ironcurtaintrail.eu 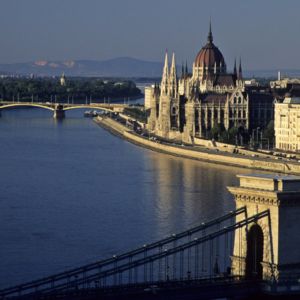