Yesterday, negotiators for the European Parliament, Council and Commission agreed on a text for the EU's seven year budget, the Multiannual Financial Framework (MFF) for 2021-2027. The MFF agreement is an improvement on the European Council conclusions from this summer, but falls short of the total volume that the Parliament initially voted for.

The Parliament succeeded in gaining an additional €16 billion in top-ups for EU programmes such as EU4health, Horizon, Erasmus and Rights and Values, on top of the €1,074bn MFF and €750bn Recovery Fund EUCO agreement from July.

The inter-institutional agreement enshrines European-level revenue raising powers, known as "Own Resources", which will be introduced over the next seven year period. This will include a plastic tax in 2021, a carbon border adjustment tax, EU digital tax and ETS by 2023. The new MFF will for the first time include a commitment for 30% of climate related spending, and 10% earmarked for biodiversity spending by 2026.  For the first time, there is a strong rule of law instrument that allows financial sanctions to be imposed for violations of the rule of law, as called for by the Greens/EFA group.

Rasmus Andresen MEP, Greens/EFA negotiator for the European Parliament on the MFF, comments:

"We have agreed on ambitious climate budget. Through strong instruments, 30% of the EU budget will be invested in the climate. Projects that are harmful to the climate will be removed from the EU budget through the mandatory introduction of the 'do no harm' principle. To halt the crisis causing species collapse and environmental breakdown, we have agreed to introduce a binding quota for investments in biodiversity in the coming years. Climate protection and biodiversity conservation are the clear successes of this budget agreement that will help create a greener and more environmentally friendly EU."

"At a time where polarisation poisons the democratic debate, outside and inside the EU, I am particularly glad that the willingness to compromise across party lines and between institutions has resulted in a set of decisions that have the potential to usher the EU into a new era. As the world's unique trans-national democracy experiment, the Union should be proud of this achievement.

"This long term budget is urgently needed and will help Europe chart the course out of the economic fallout from the pandemic and towards a more sustainable future. For the first time, the European Parliament and the Member States have agreed on a timetable for the introduction of European own resources. This agreement will see a European digital tax and a carbon border that will be introduced within the next three years, which will help bring EU spending in line with the Green Deal. Unfortunately, the Commission and Council opposed the creation, as of 2024, of a strong EU-wide Financial Transaction Tax and are kicking the can of enhanced cooperation down the road until the next term. The FTT was one of the fairest and simplest ways to gather resources to cover the cost of the recovery plan.

"The ball is now in the court of the Council. The fallout from the Coronavirus is deepening and so far national governments are blocking the rapid distribution of reconstruction funds. The Hungarian and Polish governments' threats to block this deal due to their own failings on the rule of law will hurt people living in both countries and across the EU. It is essential that we ensure EU funds are not used to foster autocracies or undermine the rule of law inside our Union. 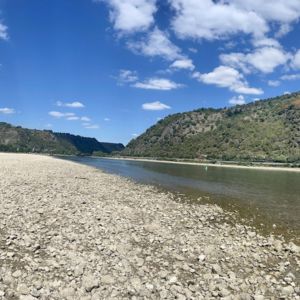