The European Parliament today voted on the Common Provisions Regulation, new rules governing how EU structural and investment funds are disbursed. The Greens/EFA hit out at provisions on macroeconomic conditionality, which would allow the Commission to propose suspending EU funds for regions in member states which violate the rules of the Stability and Growth Pact . The Greens had been seeking to have this provision removed and were urging MEPs from other groups to support this move. However, due to a procedural decision by EP president Schulz, MEPs were not able to vote on this crucial amendment. Commenting on the issue, Green regional affairs spokesperson Elisabeth Schroedter said:

“This wrongheaded proposal on macroeconomic conditionality flies in the face of good policy-making. From now on, all projects under EU structural and cohesion funds will have the threat of their funding being suddenly suspended hanging over them at all times. Suspending EU funds for regions in member states that violate the rules of the Stability and Growth Pact is only one part of the problem will make investment partners like banks think twice before getting involved in these crucial projects in all European regions. Cohesion policy must not be used as an additional stick to beat those countries experiencing difficulty complying with the Stability Pact. This pro-cyclical approach would be exactly the opposite of what the EU should be doing to help ensure solidarity and assist EU member states and regions in difficult economic situations, and will have a knock-on effect across all European regions."

"It is nothing short of a scandal that MEPs were not able to vote on our amendment to remove this macroeconomic conditionality from the common provisions regulation. All the more so, as it seemed a majority of MEPs had belatedly woken up to this problem and wanted to redress it. The consequences will now be borne by all European regions.” 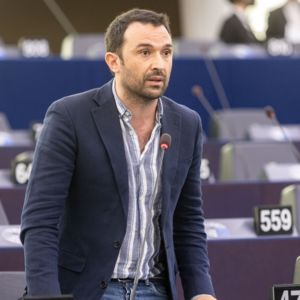