This morning, four Greens/EFA Members of the European Parliament: Molly Scott Cato (United Kingdom), Michèle Rivasi (France), Tilly Metz (Luxembourg), and Thomas Waitz (Austria) alongside activists from “Agir pour la Paix” entered the Belgian airbase Kleine Brogel. They were holding banners calling for a “Nuclear free zone for Europe” and symbolically the blocked runway of the F-16 airbase to request the withdrawal of US nuclear bombs on European soil. The MEPs have been arrested.

At a time when nuclear tensions are rising on the international scene, they have decided to act, to alert the public and put the issue of nuclear disarmament at the heart of the European agenda. Their action is based on three demands: the withdrawal of US nuclear bombs stationed in Europe, the ratification of the Treaty of Prohibition of Nuclear Weapons by all EU Member States and the creation of a nuclear-weapon-free zone for Europe.

“Nuclear weapons are obsolete in an era of asymmetric and cyber warfare and have no place in a European defense policy for the 21st century. Our action is intended to challenge EU countries to remove US nuclear weapons from European soil, and Europe's own nuclear nations should immediately sign up to the Treaty of Prohibition of Nuclear Weapons and begin the process of decommissioning their nuclear weapons. Britain and France have ignored their obligations under the Non-Proliferation Treaty for too long."

"Today, 15,000 nuclear weapons are still in circulation in the world and about twenty nukes are still present at the Kleine-Brogel military base. Yet everyone seems to have forgotten their presence and most importantly, their danger. However, the bombs stored in Belgium have an adjustable power ranging from 1Kt to 340 Kt, or up to 26 times the power of the bomb Hiroshima. A secret bilateral agreement between an EU Member State and the US is an imposed choice of extreme violence imposed on the Belgian and European people. These bilateral agreements leave no room for democratic debate and genuine consideration of citizens. That is why we join activists today in civil disobedience because we believe the public interest is under threat."

Greens/EFA call for embargo on all imports of Russian …

EU Heads of State and Government Summit 24-25 March an… 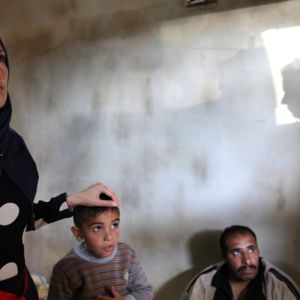 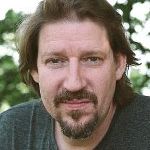