Today, the European Parliament will debate and then vote on the agreement on the Public Sector Loan Facility of the Just Transition Mechanism. The scheme is a building block of the Just Transition Fund. Through EU grants of around €1.5 billion, in combination with loans from the European Investment Bank of €10 billion, the Public Sector Loan Facility gives financing support to municipalities. The Greens/EFA were successful in getting fossil fuels and nuclear power excluded from the funding, so there will be no subsidies for nuclear or coal-fired power plants. Priority will be given to projects in less developed regions, projects that contribute to climate goals and public institutions that have adopted a decarbonisation plan.

"The Just Transition project funding is a key measure of the Green Deal. We have been able to ensure that the right incentives are put in place for green projects and that there will be proper oversight of investments. It is an extraordinary success that the Public Sector Loan Facility, like the Just Transition Fund, does not support fossil fuels or nuclear energy with a single cent. The EU is promoting the climate policy turnaround of business, industry and transport. The expansion of district heating networks, environmentally friendly transport infrastructure, intelligent waste management, energy-efficient renovation and conversion of buildings and the transition to a circular economy will benefit. Retraining, training, social infrastructure and social housing will also be promoted. To make the European Union the first climate-neutral continent in the world, we need the eco-social transformation of the economy with a just transition that does not leave people behind." 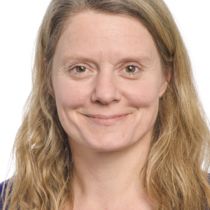