Today, MEPs will vote on the conflict of interest of the Czech Prime Minister, Andrej Babiš. The vote, which was called for by the Greens/EFA Group, calls for action from both the Commission and Council on the on-going conflict of interest surrounding the Czech Prime Minister and his Agrofert group of companies. The Commission recently released its first audit into PM Babiš' finances; a second audit looking into conflict around EU agricultural funds, is ongoing and has yet to be published.

"Agrofert is the biggest recipient of Common Agricultural Policy funds of any company in Europe and it's owned by a sitting EU Prime Minister, Andrej Babiš. This is not only a Czech problem, but a massive problem for the whole European Union. The Prime Minister's conflict of interest undermines EU decision making and weakens trust in our institutions. Today's vote is shows that the Parliament is acutely aware of the seriousness of this situation and the urgent need to build a systematic approach in both Czechia and Brussels to stop this kind of damaging situation from occurring again."

"It's very welcome that one of the first acts of the new European Public Prosecutor was to open an investigation into Prime Minister Babiš. Particularly, when in Czechia the public prosecutor was forced to resign under political pressure, in a worrying attack on the rule of law. It's good to see our Renew colleagues so wholeheartedly support the rule of law mechanism this week, but we hope that they also support this motion calling out the conflict of interest around their ally Babiš. Upholding ethics, trust and democratic principles must transcend party politics."

"Agrofert's recent PR push claims that this conflict of interest is a merely a 'political issue' but the reality is far more severe. It is a serious issue for all Czech and EU citizens when the rule of law is under threat; when a sitting member of the EU Council is negotiating funds can benefit him personally; and when taxpayers end up having to pay for this conflict. The Commission needs to finalise and publish the next audit into Babiš and outline how it intends to protect EU funds and the rule of law going forward."

"Prime Minister Babiš is in conflict of interest and the Council is doing nothing to stop this from affecting decisions made at the highest level. In the current negotiations around the new Common Agricultural Policy, Mr Babiš argued against and opposes any substantial reform of the CAP - the capping of agricultural payments to large recipients included. The Czech Prime Minister must no longer be allowed to negotiate funds and policies that he could benefit from personally. EU Citizens need to be able to trust that their decision makers are acting in the interest of the people they are supposed to represent and not their own pockets. The Council must set out how it intends to protect the negotiations around the MFF and Next Generation EU from this ongoing conflict of interest."

"As we're witnessing in Hungary and Poland, democratic institutions are fragile and can be dismantled quickly. This cannot be allowed to happen in Czechia as well, where political interference and media ownership are creating a dangerous precedent. What is happening in Czechia today is akin to what we call 'state capture' in other countries. We must not let this affect EU decision making. There is ample scope for the Commission to look at using the new rule of law mechanism, based on threats to both European values and the EU's budget. Czech and European citizens need to know that the Commission is on their side and not powerful business elites."

More:
The debate ahead of this resolution took place last plenary session. The vote will take place around lunchtime, with results expected this evening. The vote is expected to pass with a majority.
The European Commission has clearly shown that the Prime Minister Babiš has breached conflict of interest rules over his control of trust funds linked to his Agrofert group of companies. All EU subsidies, as well as any funds that were awarded from the Czech national budget to his company Agrofert since February 2017 (when a local conflict of interest law came into force) are irregular and should be returned. The Greens/EFA Group were the first to call on the Commission to investigate this conflict back in September 2018.

Photo by Tan Nguyen on Unsplash 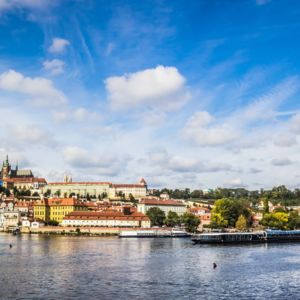 Conflict of interest of the Czech Prime Minister Andre…