Yesterday evening (9 July), the European Parliament voted on two annual reports on the activities of the European Investment Bank (EIB) for 2018 and 2019. For years, Greens/EFA MEPs have been calling for the EIB to become the EU Climate Bank. Last year, the EIB announced will take steps toward becoming a climate bank. In 2020, the EIB will play an essential part in financing the European Green Deal and Just Transition Fund.

David Cormand, Greens/EFA MEP, Member of the Budgets Committee, and rapporteur for the report on EIB annual report for 2019, comments:

“The European Parliament has made clear its demands on the level of ambition that the Bank would have to reach to become the European Climate Bank. The European Investment Bank has set climate ambitious targets for itself, but it’s time for words to be followed by actions. To become the EU Climate Bank, the EIB must align its activities with the Paris Agreement as of 2020, present a clear plan to reach 50% granular climate lending target by 2025 and adopt a new transport lending policy.

"For Europe to succeed in a green recovery, a firm commitment is needed to ensure that public money doesn’t support fossil fuels or any other investments that harm our climate and biodiversity. The EIB must be transparent on all loans granted, to ensure that European public money does not finance projects that do not respect human rights and the rights of indigenous communities and local people."

Bas Eickhout, Greens/EFA MEP, Member of the Budgetary Control Committee, and rapporteur for the report on EIB annual report for 2018, comments:

“It's clear the EIB will play an increasingly important role in the financing of the European economy, especially now during the corona crisis recovery crisis, which is why the European Parliament has called for increased democratic oversight of the EIB’s activities. The bank has suffered from a persistent lack of diversity and gender balance at the senior management level and within the EIB Group’s governing bodies, which must be addressed as a matter of priority.

"If the EIB is to become a climate bank it must make a clear break with kind of fossil fuel heavy investments it has made in the past, such as gas pipelines, air transport and highways.The billions of euros managed by the EIB must be channelled into a future-proof economy amongst others by requiring its beneficiaries to adopt climate decarbonisation plans in exchange for financial support."

The European Pillar of Social Rights: the tool for a j… 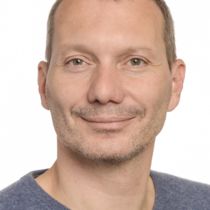