Today, the European Court of Justice has ruled that the disciplinary regime for judges in Poland is not compatible with EU law. The Court of Justice has upheld the Commission's complaint on the matter. The ruling comes after yesterday's opinion from the unlawfully composed Polish "Constitutional Tribunal". The Tribunal has claimed that measures affecting the judiciary are invalid despite the fact that EU law has primacy over national law, according to well established practice of the Court of Justice.

"The Polish government is attempting to re-write the constitutional set-up of Poland within the EU so they can no longer be held to account by the European Court of Justice for attacks on the rule of law and judicial independence. But this opinion cannot change the fact that EU law has primacy over national law.

"The Polish government has systematically stuffed the Constitutional Tribunal and the other courts with people loyal to the PiS party. It's quite clear that we can no longer talk about an independent judiciary in Poland. This is a serious threat to democracy and the rule of law and cements that the principle of access to a fair trial no longer exists in Poland.

"The Commission as guardian of the Treaties must immediately take action to impose penalties if Poland does not comply with the judgement. The Council must provide recommendations to the Polish government with a deadline to act, under the Article 7 procedure, on how to strengthen the rule of law in Poland."

"Today's ECJ judgement is the first time where a case has been decided on the application of a Commission infringement procedure, and shows the need for the Commission to continue to take action on Poland for breaches to the rule of law.

"We are in a dangerous situation where the Polish government is blundering its way towards the exit door, because of its obsession with trying to control the judiciary. The Polish government must respect that the Polish people want to live in a democracy with an independent judiciary, that supports European values and the rule of law."

Photo by Bank Phrom on Unsplash 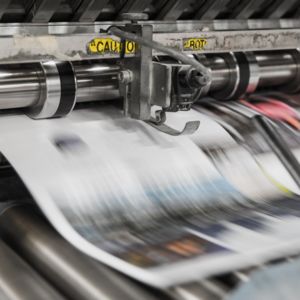