Today, the European Council has just agreed to confirm Laura Codruța Kövesi as the newly created European Chief Prosecutor. The role will see Kövesi head the new European Public Prosecutor's Office. The EPPO, which will be tasked with investigating and prosecuting corruption, cross-border VAT fraud and crimes against the EU budget, will begin its work by the end of 2020.

"The role of European Chief Prosecutor is essential in the fight against fraud and corruption in the EU and will be strengthened with Laura Codruța Kövesi's integrity, experience and determination. Kövesi achieved great results as head of the Romanian Anti-Corruption Directorate, in spite of attempts by the Socialist government to interfere in her work. Today's decision is a vindication for Kövesi and flies in the face of the Romanian government that fired and persecuted her.

"For too long oligarchs, organised criminals and fraudsters have been abusing EU funds. The EPPO will help fight crimes against the EU's budget and ensure that money meant to help European citizens goes to where it's supposed to and not in the pockets of a few criminals. By choosing Kövesi, the EU is sending a firm message to criminals and the corrupt everywhere, that it is willing to properly defend the EU's budget."

So far 22 EU Member States have signed-up to the EPPO aside from a few notable exceptions, such as the UK, Poland and Hungary. The European Parliament had nominated Kövesi for the role earlier this year. 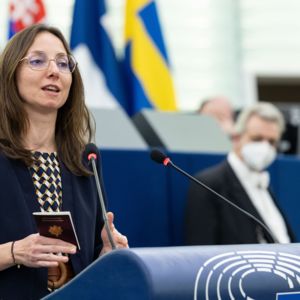