Tatjana Ždanoka to stand down as MEP

Press Release from EFA in the European Parliament

Latvian and EFA MEP Tatjana Ždanoka has announced that she intends to stand down as a Member of the European Parliament from March 2018.

Ms Ždanoka will then focus on her party's campaign for the Latvian national elections to the Saeima due to be held in October this year.

She has been a fervent campaigner in favour of equal rights for all of the people of Latvia, including the substantial Russian speaking minority and the country's so-called 'non citizens', most recently speaking out against attempts by the government to forcibly eliminate minority education by replacing the current bilingual model with instruction in Latvian only.

Almost 40% of the Latvian population is Russian speaking.

In the European Parliament Tatjana has been a prominent member of the Committee of Civil Liberties, Justice and Home Affairs, Petitions Committee and the Committee on Employment and Social Affairs.

Since 2014, Tatjana has been Vice Chair of the Delegation to the EU-Kazakhstan, EU-Kyrgyzstan and EU-Uzbekistan Parliamentary Cooperation Committees, and for relations with Tajikistan, Turkmenistan and Mongolia.

As a Member of the Petitions Committee, Tatjana was particularly involved in highlighting the plight of parents and children forcibly separated by different EU member states' policies of forced adoption.

"It has been a great privilege to serve as a Member of the European Parliament since 2004.

"I am proud of what we have achieved in terms of raising the profile of the injustices suffered by linguistic and national minorities in Europe and beyond.

"There is no such thing as a 'one size fits all Europe' – Europe's greatest strength is its diversity, and that very much includes linguistic diversity. It is part of our European identity and I look forward to continuing the fight for justice and equality."

Greens/EFA co-Presidents calls on the Parliament to ba… 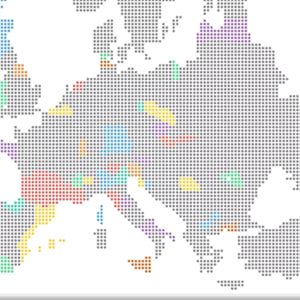 Building a Europe of all peoples