The EU must become a world leader on renewables

The European Parliament has today voted on its position for the revision of the Renewable Energy Directive, part of the European Commission’s Clean Energy Package. The report sets out targets for renewable energy for 2030 and calls for an end to the use of palm oil in biofuels.

Claude Turmes, who was shadow in the Committee on Industry, Research and Energy, comments:

“The EU should be a world leader in renewables. The 35% target the parliament has agreed today is much stronger than what the European Council and European Commission proposed. However, it remains the bare minimum if we are to be on course to meet the Paris Agreement. The inclusion of a flexibility measure that will allow member states to deviate by a further 10% in “duly justified circumstances” is a step back compared to the current directive but can fortunately be compensated for by a strong governance system.

"If the transition is to be made in time, investors must have confidence that renewables projects are viable. The framework we have suggested will give them the assurances they need. But the renewables transition should not just benefit a precious few. We worked hard to make sure that all citizens are included in the renewable revolution, creating a framework and a new set of rights to enable the public to produce, store, sell and share their own energy. This will help citizens reap the full benefits of the transition towards renewables."

Bas Eickhout, who was rapporteur for the report in the environment committee, comments:

"I am delighted that the parliament has agreed to phase-out palm oil as renewable fuel from 2021. This is a major green victory. Unfortunately, the parliament did not set meaningful sustainability criteria for bioenergy to ensure its contribution to climate protection. We will need to revisit the sustainability criteria sooner rather than later at the EU level. We have dealt an important blow to the big-agri lobby today. With a freeze at current national levels, the market will get a clear signal that it should move away from food-based crops." 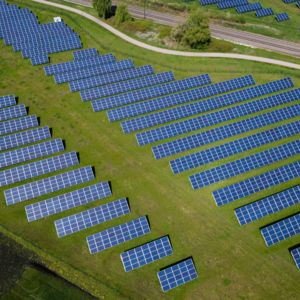 Parliament wants EU to slash material use and consumpt…