Today, the European Parliament voted in favour of a support scheme for civil society organisations working to promote human rights and democracy in the EU. Almost €1 billion will be allocated to the scheme, and it will also become easier for smaller organisations to apply for EU funds. The report authored by Greens/EFA MEP Bodil Valero also contains special emergency measures to support civil society organisations in Member States where there is a rapid and serious deterioration of the rule of law.

Several EU governments, such as those in Hungary and Poland, have used various methods to attempt to restrict funds for NGOs and other civil society actors promoting the basic principles the EU is based on.

Yesterday, Greens/EFA MEP Josep-Maria Terricabras presented his report on situation of fundamental rights in the European Union in 2017 with a focus on, among others, rule of law, women’s rights, migration, media freedom and racism. The report highlights major concerns in in many Member States on the rule of law regarding the separation of powers and corruption. The Parliament also debated the protection of the EU’s budget in cases of where there are deficiencies in the rule of law in Member States on Wednesday evening.

Josep-Maria Terricabras, rapporteur on the Situation of Fundamental Rights in the EU Report, comments:

"When it comes to fundamental rights in the EU, there were worrying developing across the bloc in 2017, from the murder of Daphne Caruana Galizia, to the treatment of LGBTI people and minorities, and the targeting of NGOs helping refugees in the Mediterranean. Media freedom, freedom of expression and assembly were in particular under threat, where in the past they have been taken as a given, and in countries where one would not expect. The protection of the most vulnerable must be EU’s driving moto."

"It's time for the EU to properly ensure that it is using all the tools it can to protect the rule of law and fundamental rights in every Member State. We cannot allow fully-fledged dictatorships to emerge within our own borders. It is only by placing the well-being of the people at the core of the European Union’s policies and decisions, that Europe will engage with its citizens."

Bodil Valero, rapporteur on the Rights and Values Programme, comments:

“All EU countries have the duty to respect the rule of law, which is a basic principle that the EU is based on. We must give the EU both a carrot and stick when it comes to defending the rule of law. That's why it's vital to set higher demands on how EU money is spent.”

"In countries where the rule of law is wavering, the EU needs to support those who work tirelessly for democracy, human rights and the values we all share. All too often, Europe's autocrats are targeting civil society organisations, which is why the EU must step in and assist NGOs and the vital work they do, when they're under threat.

"When the media is controlled by those close to power and the judiciary is all but under the command of the government then civil society is the last line of defence for democracy. If the Council is serious about protecting the rule of law and democracy in the member states, then it needs to ensure that civil society is supported and protected."

State of emergency at the French-Italian border 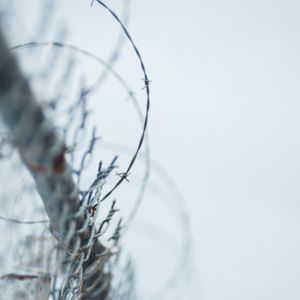