A major step for the protection of all workers

Today, the European Parliament's Employment and Social Affairs Committee adopted its report on the directive proposed by the European Commission in December 2017 to make working conditions more transparent and predictable across the EU. Trilogue negotiations will soon begin with the possibility of an agreement in early 2019. This directive is one of the initiatives linked to the European Pillar of Social Rights.

Tamás Meszerics, Greens/EFA shadow rapporteur in the Committee on Employment and Social Affairs in the European Parliament comments:

"This is an important latest step on the road to better protect workers. It is vital to improve legislation to put an end to abuses that arise from the evolution of new patterns of work. Part-time workers or those on very short-term contracts, engaged in domestic work or any new forms of employment such as on-demand work, will benefit from greater clarity and predictability. From Uber or Deliveroo to all the jobs created on uncommon contracts, workers will finally be able to better assert their rights throughout the EU". 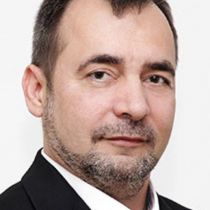