A study commissioned by the Rights and Democracy cluster

In this paper we analyse the independence of the Hungarian judiciary, and  argue that Hungary is not a rule of law state, the judiciary does not operate according to the principles of constitutional democracy. We also show how  judicial capture affects all segments of the public sphere, illustrated by the examples of academic freedom, media freedom and freedom of information. Due to the violations of EU law on judicial independence, we will argue, legal procedures should be initiated by the Commission, whether in the form of traditional infringement, or in the form of systemic infringement procedures, showing the interconnectedness of orchestrated governmental steps against judicial autonomy. In our view it would be suboptimal, but in case the Commission remains silent, Member States could also start infringement procedures for violations of judicial independence against the Hungarian government. All issues on attacks of judicial independence in Hungary are also relevant for a future process conduced in line with the Rule of Law Conditionality Regulation.

After an introductory Chapter I explaining the importance of national judicial independence for the European project, in Chapter II we list the European standards against which in Chapter III the individual governmental steps of dismantling judicial independence in Hungary are assessed. All the steps discussed could be tackled either in the form of infringement or systemic infringement procedures. 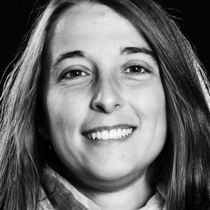