“The sudden intrusion of COVID-19 into our lives has clearly revealed not only our extreme vulne-rability, but also the interdependence of human beings within a globalised society (...) [and] our interdependence with all living beings”

In the last few weeks, the number of climate-related court cases has increased. In France, in Germany, in the Netherlands, or in Australia, both States and companies are facing their climate responsibilities. Citizens are using the law, rightly, to advance the climate and environmental cause. If citizens wish to make the law evolve through the courts, it is also possible and necessary to make a real change in legal texts of our understanding of the living world.

While the European Union is committed to the Green Deal, it cannot avoid a global reflection on our law. At a time of ecological crisis, is Europe capable of adapting its law, its legal system and its treaties to face up to it? How can the EU make these "legal paradigm shifts for a new environmental law"? This is the challenge of this study conducted by Véronique Jaworski and Marie-Pierre Camproux: to outline avenues of reform so that EU law can drive and transcribe a new relationship between human societies and the living world.

Environmental law, as it currently exists in the European States as well as in European law, is based on an anthropocentric vision of the world, detaching the human from the non-human and aiming at the protection of the latter only when human interests, in particular economic ones, are at stake. This approach has shown its limits, failing to stem the decline in biodiversity and the destruction of our common home, the Earth.

With this study, the researchers show the importance of rethinking our law to ensure a rebalancing of the relationship between humans and nature. They propose, on the one hand, a reform of environmental criminal law at the national and European levels and the recognition of two offences: ecocide and the endangering of the safety of the planet; and on the other hand, the recognition of natural commons and ecological damage.

How can the notion of the natural commons be legally understood?

As presented in this study, the natural commons bring together "a web of interdependent relationships between human and non-human natural entities". A legal approach based on the natural commons thus makes it possible to go beyond Western thinking and its individualistic approach, based on exclusive ownership. The researchers clarify the fundamental difference between the concept of "natural commons", which encompasses both the human and non-human community in a whole, and the concept of "common good", which separates these goods from humanity, to which they belong.

Legally, the object of a natural commons cannot be appropriated (excluding the possibility of its appropriation or destruction), it may be subject to common usage by everyone, non-exclusive and shared, requiring each and every one of us to conserve the thing so that others can use it

The objective of this approach is therefore above all to improve environmental protection. Thus, the study also proposes ways to identify the interest of the commons, different from both a sum of individual interests and the general interest, in order to be able to defend this interest in court.

What does the recognition of ecological damage in the law imply?

The French law no. 2016-1087 of 8 August 2016 on the reconquest of biodiversity, nature and landscapes enshrined for the first time an action for redress for environmental damage, defined as "not insi-gnificant damage to the elements or functions of ecosystems or to the collective benefits derived by humankind from the environment”.

This legal innovation symbolises the beginning of a paradigm shift, aiming to repair environmental damage as such, and not because it is linked to another form of harm to individuals or human entities. In this sense, the introduction in French law of judicial compensation for ecological damage is an important first step towards ending the anthropocentric approach of environmental law, and a concrete illustration of the theory of the natural commons.

Extending this to the European Union level could, according to the researchers, make a significant contribution to environmental protection.

The study also proposes to recognise two new offences in criminal law: when there is a risk of environmental destruction, a crime of "risk caused to the safety of the planet", which should make it possible to prevent environmental damage. And when this risk has been realised, a crime of ecocide, which should make it possible to condemn those responsible for the most serious crimes against the environment.

Researcher Véronique Jaworski defines ecocide as "serious and widespread damage to one or several ecosystems or their destruction, which may have consequences over several generations." The concept "reflects a worrying reality, as a number of serious instances of pollution and environmental deterioration caused by economic activity; notably, transnational corporations that relocate their activities in developing countries, may be described in this way."

What are the main recommendations of the study for the European Union?

In order to give impetus to this legal revolution in European law, this study proposes concrete provisions and implementation methods in order to: 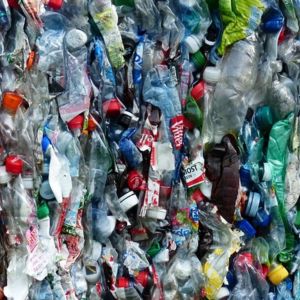