MEPs voted on new conditions for Asylum seekers Wednesday. The Greens since the inception of the proposed legislation have been concerned by the Council's attempts to undermine even minor improvements. Although the Greens/EFA group acknowledges the glaring need for a clear asylum policy, with its foundations based around humanitarian interests, we are severely disappointed in the final deal. The Greens have issues with the revised rules on which state is responsible for asylum seekers (Dublin III), the reception conditions on arrival as well as the recently granted access of law enforcement agencies to the EURODAC finger print archives. This places an assumption on asylum seekers that they are more likely to commit a crime than other citizens, and thus transgresses the initial purpose of the system to stop double applications. Allowing law enforcement authorities access to the EURODAC fingerprint database flies in the face of asylum seekers' basic rights. In essence, this provision means all those who come to Europe seeking protection from persecution will be treated as potential criminals from the outset.

The Greens believe the proposed scope of intellectual property rights is far too wide and that customs officials should only be responsible for addressing trademark and copyright counterfeiting. Expanding the scope to small items will also hit small consumers and online shoppers. The text agreed between the Parliament and the Council was adopted without a vote, as we were in 2nd reading and no amendment to this text had been tabled.

MEPs had been expected to vote this week on a recommendation from the European Parliament's civil liberties committee to reject an EU passenger data retention system (Passenger Name Records or PNR), which was proposed by the EU Commission. However, the vote did not take place after a majority of MEPs voted to refer the recommendation back to committee. The Greens have always pushed for the EP to reject this ever-creeping lurch to more pervasive surveillance. To be followed.

On Tuesday new legislative measures were voted and accepted by MEP's concerning infant food. The Greens were unified in their opinion that it is essential to end misleading labels on baby food and called for preventive measures against aggressive and deceptive marketing of instant formula. The greens believe that although this vote may be seen as a success, there is also a hint of regret that measures were not pushed further to include a Green proposal to prevent toxic pesticides being used in production of baby food. We need to do our utmost to ensure parents are equipped to choose the best feeding options for their babies and this means preventing the use of idealised images on infant food packages, which can distort the reality. The vote result is a step towards that eventual end.

Social housing in the European Union

Due to the current housing crisis affecting many countries across the EU, MEP's approved Green MEP Karima Delli's report on Tuesday. The paper is an attempt to restore basic human rights for citizens affected by substandard housing. Measures in the report included introducing a process to protect households from eviction due to failure of meeting required mortgage repayments, while also adapting a tax policy system to limit housing speculation. The report also included a proposal focused around improved coordination of national housing policies as well as backing the already planned EU homelessness strategy. The Delli report included powerful statistics that highlighted the urgent need for the EU to address the now widespread housing crisis.

The economic crisis has had major consequences for housing. In 2010, 6% of EU citizens were homeless, with 18% living in overcrowded or sub-standard housing. Over 1 in 10 households were spending more than 40% of their disposable income on housing. Social housing is an essential response by the state to the failure of the housing market.

It's clear that the housing issue across Europe is of major concern to its people, and the Greens have coordinated their means, in an attempt to slowly rectify the crisis.

The European Parliament today adopted legislative agreements on two key files related to the EU’s Schengen border-free system, one on the reintroduction of border controls and one on the evaluation of Schengen.
The Greens regret the general trend (evident in both pieces of legislation) to scale back the ambition of, what is, one of the EU's major policy successes. The group regrets the illogical prerogative given to EU member states over the reintroduction of border controls. The outcome is clearly at odds with the integrity of Schengen and flies in the face of the transnational nature of the border-free system. It is logical and essential that decisions to temporarily reintroduce border controls be subject to EU-level approval.

Green MEPs also expressed concern that legislation on how Schengen is evaluated will undermine the role of the EP. The agreement to change the legal base of the system with a view to excluding the European Parliament is nothing short of a scandal.

On Wednesday, the European Parliament adopted a final agreement on crucial new EU legislation on accounting and transparency. Both directives were adopted at first reading with a huge majority.  The Greens hailed the new legislation, which will ensure much greater transparency for extractive industries, notably provisions on project reporting and transparency on payments to governments, which will help prevent unethical activities by the extractive industry in developing countries and beyond. However, the group stressed the need for swift action to implement the decision by EU governments to extend reporting obligations to other industrial sectors.

The European Parliament approved a new rapid procedure for listing countries not cooperating in the fight against illegal, unregulated and unreported fishing (IUU). This clears the way for the Commission to add additional countries to the current list of non-cooperating states and to publish the list of vessels involved. With IUU fishing a major threat to vulnerable fish stocks, transparency of those states and boats involved is a crucial measure for tackling the problem.
For the Green rapporteur, the Commission must expand the current list to include other countries such as Korea for which there is clear evidence of illegal fishing. If the countries on the list do not make swift improvements, the Commission must propose sanctions.

EU budget and the future framework

The trialogue negotiations between the European Parliament and Council on Tuesday evening did not manage to finalise the plans for the EU's multiannual financial framework (2014-20). The next trialogue negotiations are foreseen for next Tuesday 18th June. Moreover the extremely rigid position from the Council does not ease the negotiation. Therefore a lack of agreement cannot be excluded next Tuesday if the Council does not make huge progress towards the EP.

With an eye on this month's summit of EU leaders, MEPs debated developments to the EU's Economic and Monetary Union and the social impact of the EU's economic crisis response. The Greens have consistently highlighted concerns with the lack of democratic scrutiny over key aspects of the economic crisis response, with decisions taken by governments behind closed doors or by the European Central Bank. The group is also concerned about the impact of the EU's policy response, and the preoccupation with fiscal consolidation, on unemployment, notably youth unemployment.
Linking the debate to the closure by the Greek government of the state broadcaster (ERT), Greens/EFA Co-Presidents said that Greece needs a fair and balanced plan to exit the crisis and urged The European Commission and Troika to redesign urgently the programme, in dialogue with the Greek government, social partners, civil society, regional government and Greek parliament.

MEPs debated the worrying developments in Turkey. The massive peaceful demonstrations and the excessive use of force by the Turkish police are symptoms of wider problems. There has been a worrying shift away from respect for minorities, plurality and other basic freedoms in Turkey in recent years.
The European Parliament adopted with a large majority a joint motion for resolution which states that the use of force by the Turkish police in its response to the peaceful and legitimate protests in Istanbul’s Gezi Park was disproportionate and excessive, and calls on the Turkish authorities to thoroughly investigate the police violence. The adopted resolution also calls on local and national authorities in Turkey to launch public consultations for all urban and regional development plans and calls for all relevant projects in Turkey to undergo environmental impact assessment. It also calls for the immediate release of all peaceful protestors taken into custody and currently detained and recalls that freedom of expression and media pluralism are at the heart of European values.

The European Commission presented long-awaited plans for revising EU rules on nuclear safety. The Greens expressed regret at the major shortcomings in the proposal. The proposals fail to live up to the promises of EU commissioner Oettinger to truly provide ambitious rules. The proposals to strengthen provisions on transparency and the independence of the regulatory authorities are nonetheless to be welcomed and should hopefully address some of the conflicts of interest that exist.
For Rebecca Harms, Greens/EFA Co-President: "The proposals have been tailored to the demands of the nuclear industry and should be seen as little more than a further attempt to legitimise nuclear power, with a view to prolonging the lifespan of ageing reactors. This is in spite of the urgent need to address the patchwork of substandard nuclear safety rules in EU member states".

Launch of campaign on data protection
Respect my privacy

With the revision of EU rules on data protection currently reaching a crucial phase, and new revelations about covert data mining by US authorities emerging amid ongoing negotiations on an EU-US agreement, the Greens launched a campaign on data protection this week. 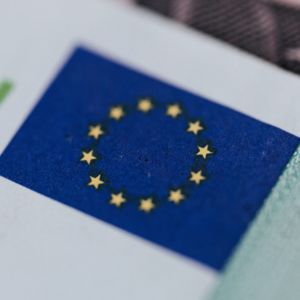