The European Commission has presented its climate package on Delivering the European Green Deal. This first of its kind package of climate legislation is the roadmap for the EU to reach its climate target of at least 52.8% emissions reduction and 2.2% removed by carbon sinks by 2030, climate neutrality by 2050 and for the implementation of the Green Deal. The Greens/EFA Group welcomes this package of legislation towards making the Green Deal a reality. However, some of the measures lack the ambition to create incentives for the much-needed socio-ecological transformation. The Greens/EFA Group will work constructively to improve the climate package in the upcoming negotiations, to achieve the Paris climate goals, ensure fairness and to make the Green Deal a success.

"This climate package can kick-start the ecological transition and is the ultimate credibility test for the European Union as the global leader on climate. We are at the beginning of the last decade in which we can still save the climate. To make the EU fit for the climate transformation, we need ambitious and binding targets, as well as measures and incentives for decarbonising industry, and socially just compensation. In the Commission's proposals, we still see too many gaps, exceptions and too little social solidarity.

"Investments in climate protection are investments in the jobs of the future. Energy efficiency must come first, followed by a massive deployment of sustainable renewable sources. Effective standards to reduce energy consumption in all buildings are budget-friendly and create jobs. We need a 100 percent renewable based economy by 2040, higher and mandatory targets for the EU and member states to expand sustainable renewable sources such as wind energy, solar energy and geothermal energy, and more investment in enabling sustainable energy infrastructure. Nuclear power and fossil or low-carbon gases are not clean energies and must not be further promoted behind the scenes. Climate protection and biodiversity preservation go hand in hand. Burning forests to generate energy is CO2-intensive, polluting and simply unsustainable.”

"Critics of climate action claim that it will harm the economy, but there will not be an economy if we do not act on the climate. The Commission's plans are welcome and will help move us towards the goals of the Green Deal. Now, it's up to the Parliament and the member states to make sure that this package is not just words on paper, but the most ambitious commitments possible, that will deliver for the Paris Climate Agreement, for the Green Deal, and for a fair and just future.

"We welcome the fact that the G20 ministers are also in favour of a CO2 price for the first time. It is only right that the Commission wants to apply the polluter-pays principle to air traffic with a kerosene tax. The kerosene tax creates a level playing field for the different transport modes, but we need it now, not in 2033. Private jets should also pay a kerosene tax; this is a matter of climate justice. All industries should pay for their emissions, especially now that importers will have to cover the costs for the emissions of the products they put on the Single Market, due to the Carbon Border Adjustment Mechanism. It would be completely irresponsible for the climate and socially unfair to continue to give free emissions permits to industry.

"Expanding the emissions trading system to include transport and buildings poses the risk of creating social imbalances, if not used alongside social support. Climate change mitigation must not be achieved at the expense of those who consume the least and have the least money in their pockets. Although the Commission has announced a social fund, its size remains limited and fundamental problems remain unaddressed. We are calling for dedicated support to vulnerable citizens and those in energy poverty so that heating and fuel remain affordable for those in need."

More:
Greens/EFA blogpost "Are we fit for 2030? The EU’s biggest climate package could be a game-changer” 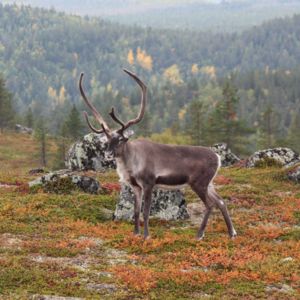