Greens/EFA MEP Michèle Rivasi has written to the Chair of the European Parliament's Environment and Public Health Committee, objecting to the Commission's proposals to lift import controls on food from Japan put in place after the Fukushima disaster (1). The proposals, which come at the same time as the Commission approves a free trade deal with Japan, would reduce the safeguards designed to prevent radioactive elements (cesium 134 and 137) in foodstuffs from being imported into the EU.

"The Commission must put the health of citizens ahead of commercial interests. Their current proposal is reckless, allowing imports of food from areas impacted by the Fukushima disaster without putting in place stringent analysis for radioactive contamination. They would even abolish the obligation for Member States to submit quarterly results to the Commission, seriously undermining transparency and trust in the system.

"The European Commission needs to be much more forthcoming on how it has reached this decision and what checks have been put in place to secure public safety. We will work with colleagues in the European Parliament to oppose this proposal, so that the issue of contamination is not forgotten in the interests of commerce."

"We are concerned that the import controls are being sacrificed as a bargaining chip in the EU-Japan free trade agreement. The Commission's approach evokes bad memories of the negotiations for the CETA agreement, when the EU's Fuel Quality Directive was significantly watered-down to facilitate the import of tar sands demanded by the Canadian government.

"Only if it can be proved without doubt that the agricultural areas around Fukushima are not radioactively contaminated can any relaxation of import controls be discussed." 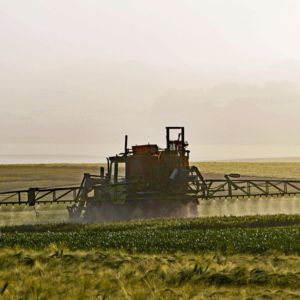