Following a Greens/EFA initiative, the Conference of Presidents of the European Parliament endorsed the mandate of a Special Committee to analyse and assess the authorisation procedure for pesticides today. The decision will be endorsed by the next plenary.

The committee will be composed of 30 members and will meet for nine months. The constituent meeting is expected in March 2018.

Co-presidents of the Greens/EFA group Ska Keller and Philippe Lamberts:

"Thanks to the hard work of campaigners and environmentalists, the issue of glyphosate and other harmful pesticides has been brought to the forefront of the political debate. Through this committee, the Green/EFA group will seek to analyse the failings in the process that led to the renewal of the authorisation of glyphosate. In particular, we want to look at the work of the European agencies (EFSA and ECHA) and the German agency Bfr. We want Europe's agencies to be irreproachable in their assessment of potentially dangerous substances. The protection of public health and our environment must take precedence over any other consideration and requires total independence of scientific work."

BREAKING: @Europarl_EN agrees with our proposal to have a Special Committee on #glyphosate.Through this committee, we'll seek to analyse the failings in the process that led to the renewal of glyphosate's authorisation. We'll keep on fighting for public health & environment pic.twitter.com/BjngkWLopF 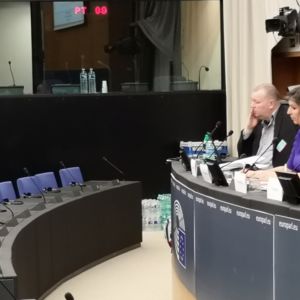