We need an EU Directive on Adequate Minimum Income to ensure that everyone has a living income that provides them with the financial resources needed to ensure a life in dignity.

There are currently 96.5 million people in the EU at risk of poverty and social exclusion, which represents 21.9% of the population. The gender poverty gap has increased for the past 5 years, as women are increasingly and disproportionally more affected by poverty and the risk of social exclusion. Additionally, a World Bank report estimated that an additional 68 to 135 million people could be pushed into poverty by 2030 because of climate change.

Around 35% of the working age EU population at risk of poverty is not covered by minimum income or any other social benefits. Benefit systems in Member States are inadequate to guarantee every person a decent standard of living in one of the richest regions of the world.

Climate change has been hitting the poorest the hardest, since extreme weather has caused inflation in various sectors such as food items (“heatflation”), clothes or electronics. On top of that, we are still recovering from the Covid19 pandemic, and mitigating the rise in the cost of living due to high inflation caused by the invasion in Ukraine. The cost of in-action now has never been higher.

This paper does not intend to go into the specific funding mechanism of such legislative instrument, but the Greens/EFA group has always called for a revision of the taxation system, key to such funding, that ensures substantially higher contributions from the wealthiest as well as the biggest polluters.

Our ultimate goal is to have MIS in all the MS that ensure all people to live in dignity and thus erases the risk of poverty and social exclusion, specifically for people in need. We strive for financial, social and psychological security  for all, focussing mainly on those individuals who are currently deprived from a decent living income. 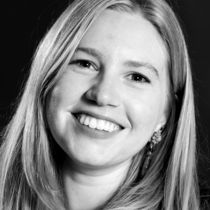 Júlia Sarda i Magem
Advisor on Employment and Social Affairs