Convictions show the need for urgent EU protection of whistleblowers

Commenting on the decision, Greens/EFA member of the committee on Economic and Monetary Affairs Molly Scott Cato said:

"Even with the reduced sentences, this decision is deeply regrettable. Without the actions of Antoine and Raphael, the secret sweetheart tax deals between large companies and the tax administration of Luxembourg would have remained secret. During our recent visit to Luxembourg with members of the Panama Papers inquiry committee we heard that they have a new policy of transparency on tax matters. It is a shame that they do not extend this policy to cover those who shine a light on the country's murky history of tax avoidance.

"Antoine and Raphael have done a great service to those who seek to advance the cause of tax justice in Europe. The significant tax reforms that are now being agreed by the EU institutions would not have happened without their revelations. The LuxLeaks scandal highlights the need for tax rulings to be made public and for companies to be obliged to publicly disclose where they do business. It also draws attention to the urgency of making progress with EU-wide whistleblower protection legislation."

"This verdict shows just how urgently we need a directive offering minimum level of protection for whistleblowers at European level. We have not only been calling for action for a long time but have also published our own draft proposal. We are pleased that the European Commission has launched a consultation, but this must be followed by swift and decisive legislative action. The proposal needs to be horizontal rather than sector specific, so that no whistleblowers again have to experience the type of hounding and criminalisation that Antoine and Raphael have faced." 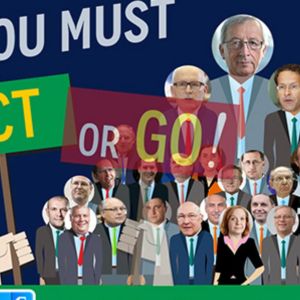