–   having regard to its previous resolutions on human rights violations in Nigeria,

–   having regard to the International Covenant on Civil and Political Rights of 1966, ratified by Nigeria on 29 October 1993,

A. concerned by recent violence launched by the Boko Haram group, a radical Islamist group, which caused the death of several hundred of innocent people;

B.  whereas human rights organisation documented the involvement of Boko Harm Islamist group in attacks on police stations, military facilities, churches, banks as well as in a suicide bomb attack at the UN head quarter, which killed about 24 people and injured more than 100 others;

C. whereas in response to the Bako Haram violence, the Nigerian police and military have carried out extrajudicial executions of numerous suspected members of the group;

D. whereas about 10,000 people have reportedly fled northern Nigeria for Chad and Niger in recent weeks, fleeing violent crackdowns and Boko Haram violence and residents of the surrounding eastern Nigerian villages of Dougouri, Folkine, Koyorom and Malfahtri also fled;

F.  whereas inter religious or interethnic violence, which usually provokes emotional escalation of conflicts with loss of innocent people’s life, without addressing the route cause of the conflict;

G. whereas the problems in the North stem from a lack of economic development and the tension is rooted in decades of resentment between indigenous groups, mostly Christians or animist, trying for control of fertile farmlands with migrants and settlers from the Hausa-speaking Muslim north;

H. whereas peaceful resolution of conflicts implies respect for human rights, access to justice, end of impunity as well as fair access to resources and redistribution of revenues in an oil rich country such as Nigeria;

I.   whereas the instability underscores the fragility of Africa’s most populous and resource rich country;

1.  Strongly condemns the violence, which engulfed Nigeria and expresses its concern about the ongoing tensions in which communities have been actors and victims;

2.  Stresses that the Committee established by President Goodluck Jonathan to oversee the reorganisation of the police in Nigeria should target to put an end to human rights violation by some police forces and establish confidence between the population and the police;

3.  Emphasises the importance of an independent, impartial and accessible judiciary system to put an end to impunity, to enhance respect for rule of law and fundamental rights of the population;

4.  Calls for an independent investigation of human rights violation and calls to bring those responsible to justice in accordance with international standards for fair trial;

5.  Calls upon the Nigerian government to protect its population and avoid by all means further attacks or reprisal killings;

6.  Calls on the EU to provide humanitarian aid for people who fled from northern Nigeria to neighbouring countries, following the crackdowns of the police and Boko Haram violence;

7.  Urges the Nigerian government to work for a peaceful solution by addressing the route cause of the conflict, which implies fair access to resources, ensuring sustainable development of the regions and redistribution of wealth, guarantying the basic human rights;

8.  Calls for the abolition of current legislation criminalizing homosexuality, in some cases making it punishable by stoning; calls on the Nigerian Parliament to abandon its examination of the ‘Same Gender Marriage Prohibition Bill’ which if passed would put LGBT people—both Nigerian nationals and foreigners—at serious risk of violence and arrest;

9.  Instructs its President to forward this resolution to the Council, the Commission, the governments of Nigeria, the African Union, the United Nations Secretary-General, the Co-Presidents of the ACP-EU Joint Parliamentary Assembly and the PAN-African Parliament (PAP). 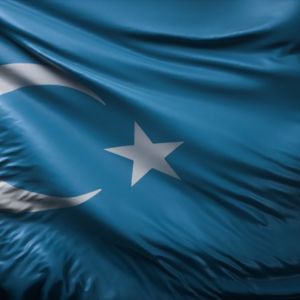