Paraguay: the legal aspects related to the child pregnancy

-     having regard to the International Covenant on Civil and Political Rights, in particular its articles 6 and 24,

-    having regard to the Convention on the Elimination of All Forms of Discrimination AgainstWomen (CEDAW) General Recommendation No. 24: Article 12 of the Convention (Women and Health),

-     having regard to the UN Committee Against Torture (CAT), Concluding Observations: Paraguay, para. 22, U.N. Doc. CAT/C/PRY/CO/4-6 (2011) (expressing concern that abortion is prohibited even when the fetus is not viable and urging the state to review its legislation on abortion),

-  having regard to the UN Committee on the Rights of the Child (CRC), Concluding Observations: Costa Rica, para. 64(d), U.N. Doc. CRC/C/CRI/CO/4 (urging the State to “expand legal abortion in cases of rape and intra-family sexual violence”),

-   having regard to the UN Committee on Economic, Social and Cultural Rights (ESCR), Concluding Observations: Ecuador, para. 29, U.N. Doc. E/C.12/ECU/CO/3 (2012) and ESCR Committee, Concluding Observations: Nicaragua, para. 26, U.N. Doc. E/C.12/NIC/CO/4 (2008) (“review its legislation on abortion and to study the possibility of providing for exceptions to the general prohibition on abortion in cases of therapeutic abortion or pregnancies resulting from rape or incest”),

-     having regard to the UN Committee Against Torture (CAT), Concluding Observations: Peru, para. 15(a), U.N. Doc. CAT/C/PER/CO/5-6 (2013) (“The State party should review its legislation with a view to: Amending the general prohibition for cases of therapeutic abortion and pregnancy resulting from rape and incest and provide free health coverage in cases of rape”),

–   having regard to the Inter-regional Framework Cooperation Agreement between the EU and Mercosur concluded in 1999,

–    having regard to the European Parliament resolution of 12 March 2015 on the Annual Report on Human Rights and Democracy in the World 2013 and the European Union’s policy on the matter,

–    having regard to the Health Code of Paraguay, notably its article 109.4,

-     having regard to the statement by the UN Working group on the issue of discrimination against women in law and in practice on 11 May 2015 http://www.refworld.org/country,,,,PRY,,5551cac64,0.html

A.  whereas on 21 April 2015 a 10 year old girl went to the Trinidad Maternity and Children’s Hospital in Asunción and a 21-week pregnancy was detected; whereas after the girl was examined the director of the hospital publicly acknowledged that the girl’s pregnancy is high risk; whereas the girl’s fugitive stepfather has been arrested on 9 May 2015 accused of raping the child; whereas the girl has been to different medical centres since January 2015 complaining of a stomach ache, but the pregnancy was not confirmed until 21 April; whereas in January 2014 her mother had already made a complaint about the sexual abuse of her daughter by her stepfather, but prosecutors did not investigate and did not provide protection measures as they considered her not to be at risk;

B.  whereas on April 28 her mother requested a voluntary termination of her daughter’s pregnancy due to her young age and the high risk to her health and life; whereas instead of the authorities providing the abortion and the physical and psychological support the 10 year old girl needs, she has been sent to a centre for “young mothers” and separated from her own mother, who, in another tragic step, is being detained for failing to protect the girl from the sexual abuse that resulted in the pregnancy. Forcibly parted from her mother and forced to continue with a life-threatening pregnancy resulting from rape, the authorities are not only shamefully failing to protect this young girl, but are blatantly violating her rights under Paraguayan and international human rights law;

C.  whereas abortion in Paraguay is banned in all cases, except when the pregnancy has life-threatening complications for the woman or girl, according to article 109.4 of the country's health code; whereas contrary to all indications, the authorities argued the girl's health is not at risk;  whereas Paraguay continues to deny the child access to a safe abortion, violating the child´s right to health, life and physical and psychological integrity; whereas on 7 May 2015 an interdisciplinary panel of experts has been set up to monitor her condition;

D.  whereas the World Health Organization underlines that child pregnancies are extremely dangerous for the health of young girls as they can lead to complications and death in some cases, especially as their bodies are “not fully developed to carry a pregnancy"; whereas this forced pregnancy has left the body of the 10-year-old girl, weighing only 34kg before the pregnancy, in grave danger;

E.  whereas according to recent data from the UN, 19% of the pregnant girls in Paraguay are minors, 2 births a day are from girls under 14 and the ones aged 10-14 make up 2.13% of maternal deaths; whereas about 600 girls of 14 or under became pregnant each year in Paraguay, a country of 6.8 million people

F.  whereas in its 2011 review of Paraguay, the Committee of the UN Convention Against Torture expressed concern about a law that outlaws abortion in cases of rape, incest, or when the fetus is not viable. The Committee stated that under this law, “the women concerned are constantly reminded of the violation committed against them, which causes serious traumatic stress and carries a risk of long-lasting psychological problems.”

G.   whereas United Nations Treaty Monitoring bodies, including the Human Rights Committee (HRC) and Committee on the Elimination of Discrimination against Women (CEDAW), have elucidated the connection between restrictive abortion laws, unsafe abortion, and high rates of maternal mortality and morbidity, discussing the implications of unsafe abortion on women’s rights to life and health, and urging states to review their abortion laws.

H.   whereas UN Treaty Monitoring Bodies have also called on States to create exceptions to restrictive abortion laws in instances where a pregnancy poses a risk to a woman’s life or health, in instances of severe fetal impairment, and when pregnancy results from rape or incest.

1.  Expresses its strong concern regarding the failure of the Government of Paraguay in its responsibility to act with due diligence and protect a 10-year old sexual abuse survivor and provide her with critical and timely treatments, including a "safe and therapeutic" abortion, despite requests made by the girl's mother and medical experts to terminate this pregnancy, which puts the girl's life at risk; believes that the Paraguayan authorities' decision results in grave violations of the rights to life, to health, and to physical and mental integrity of the girl as well as her right to education, jeopardising her economic and social opportunities;

2.   Deeply regrets the State authorities' unresponsiveness to take action, noting that the girl's mother had reported the ongoing sexual abuse against her daughter in 2014; emphasises the fact that if this girl and her family had the economic means, if she belonged to a different social class, she would have had access to private health facilities, where she could have undergone a life-saving abortion, or been able to travel out of the country to access an abortion abroad, with the state very likely not intervening in that private decision.

3.   Recognises that obstetric violence is an intersection between institutional violence and violence against women, constituting a grave violation of human rights such as the right to equality, freedom from discrimination, information, integrity, health, and reproductive autonomy, the consequences of which are degrading and inhumane childbirth, health complications, severe psychological distress, trauma, and even death.

4.   Believes that the general prohibition for cases of therapeutic abortion and pregnancy resulting from rape and incest and the refusal to provide free health coverage in cases of rape, amounts to torture;

5.   Urges the Paraguayan authorities to meet their international obligations and protect human rights, by ensuring girls have access to safe abortion, at a minimum, when their health and life is in danger and in cases of rape and incest; calls on all EU Member States to ensure the same minimum access;

6.   Calls on the Paraguayan authorities to immediately release the mother and to ensure that the perpetrator is sanctioned for his crimes.

7.   Reaffirms its belief that every girl and woman has the right to decide about her own body, while condemning the outdated prejudice and misogynous determination to control girls and women´s bodies by public and private actors; recognises that many girls and women continue to be oppressed by the institutionalised patriarchal structures of State and society and continue to suffer from State violence and lack of infrastructure for full enjoyment of their human rights;

8.  Recognises that girls and women´s rights are indivisible and non-negotiable; urges the EEAS to adopt a feminist foreign policy when addressing nations that blatantly violate women´s sexual and reproductive health and rights; urges the EEAS further to establish good practices for combating rape and sexual violence against women and girls in third countries with a view to tackling the root causes of this problem;

10. Asks the Heads of State EU-CELAC, at their Second Summit,  to step up the Chapter on Gender Based Violence, as part of the  Action Plan EU-CELAC 2013-2015, adopted on their First Summit in  Santiago de Chile, in January 2013, with a view to establish a clear calendar of action and implementing measures to guarantee due diligence in terms of prevention, investigation and sanctions of all acts of violence against women and offering adequate compensation to the victims,

11.  Instructs its President to forward this resolution to the Council, the Commission, the Vice President of the Commission / High Representative of the Union for Foreign Affairs and Security Policy, the Government and Congress of the Republic of Paraguay, the Office of the UN High Commissioner for Human Rights, the PARLASUR, the Euro-Latin American Parliamentary Assembly and the Secretary-General of the Organisation of American States. 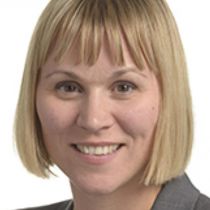 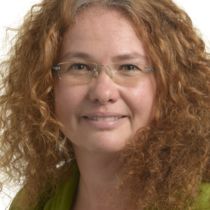 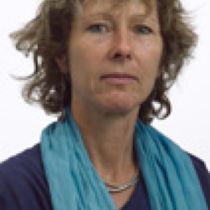