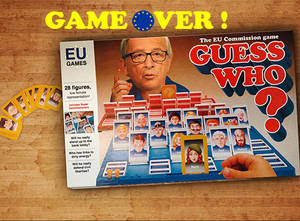 Ebola crisis and the EU's response

Mon. 20 October 2014  – EP plenary debate  MEPs debated the Ebola outbreak and the EU response. The Greens have criticised the response so far as insufficient and call for all necessary measures to contain the outbreak at the source to be taken. The Ebola outbreak is out of control and risk of contamination is not ruled out in Europe. In addition to material aid already promised by the European Commission for medical facilities, it is necessary that EU member states send qualified personnel to train on site. Also, European volunteer aid workers must be guaranteed they will be repatriated and cared for in case of problems. Further information:
Tsigereda Walelign – Advisor on Development
tsiguereda.walelign@ep.europa.eu  _______________________________________________________

Tues. 21 October 2014 – EP plenary debate; EU summit Thurs. - Fri. The European Parliament debate this week’s EU Summit (Thurs. – Fri) which focused on EU climate and energy policy to 2030. While the Greens welcomed the renewed recognition of Europe's damaging dependence on energy imports from unreliable partners, they emphasised the real risk that the summit could undo EU climate and energy policy if EU leaders follow the weak proposals set out by the European Commission. Adopting weak, non-binding targets would be a real set-back for the progress made towards improving energy efficiency and increasing the share of home-grown renewable energy in Europe and would set bad foundations for the EU's energy union. The safest and most certain way to deliver this is by prioritising energy savings and homegrown renewable energies, which will give a boost to the economy. To this end, the group believes EU leaders need to agree on 3 binding 2030 targets for energy saving, renewable energy share and greenhouse gas emissions. This being said, a 40% greenhouse gas emissions target for 2050 is not in line with 2C and climate science. Further information:
Terhi Lehtonen – Advisor on environmental issues
terhi.lehtonen@ep.europa.eu
Heike Leberle – Advisor on energy
heike.leberle@ep.europa.eu
Michel Raquet – Advisor on energy
michel.raquet@ep.europa.eu _______________________________________________________

Tues. 21 October 2014 – EP plenary debate MEPs debated the situation in Hungary Tuesday, in the light of recent anti-democratic crackdown against civil society organisations by the Hungarian authorities. The Greens have expressed concern at this disturbing lurch against pluralism and believe the European Commission needs to again be more proactive in investigating the compatibility of this development with the EU Treaty. The issue of Member States moving away from core EU principles and values, in particular Hungary, was at the heart of the hearing of First Vice-President and the Greens call upon him to look into the legal facts and dialogue with Hungary to find specific solutions. Further information:
Georgia Tsaklanganos - Advisor on Civil Liberties, Justice and Home Affairs
georgia.tsaklanganos@ep.europa.eu  _______________________________________________________

Team Juncker and the cosy coalition

Weds. 22 October 2014  – EP plenary debate and vote (hearings Monday) The game is over. The new College of the European Commission was voted by the European Parliament. Our group voted against because we are not convinced the overall package and policy direction presented by president Juncker is what is needed re-establish the trust of our citizens in the nascent European democracy. We wanted a strong Commission that can respond to the key challenges in Europe but believe Juncker has got the priorities wrong.  While he had to deal with the candidates he was given, we believe his poor choice of portfolio allocation has placed candidates in charge of portfolios in which they have clear conflicts of interest, notably Mr Cañete, Lord Hill and Mr Navracscics. We are also concerned about the political direction outlined by Juncker in his 'mission statements' to the commissioners. However, this is not a blanket rejection. The Greens are supportive of many of the commissioners-designate and, as a pro-European political force, will work constructively with the new Commission where possible to try and ensure it delivers meaningful responses to the real challenges facing Europe and its citizens. Read our blog for an analysis of the proposed EU Commissioners, their remits and the hearings. _______________________________________________________

Tues. 21 October – EP plenary debate, votes Weds. MEPs voted Wednesday on the EU's budget for 2015, with on-going concerns that shortfalls on budget payments by EU governments will mean key economic and social programmes will be deprived of funds. Despite trying to limit the damage, key social programmes look set to again be faced with difficulties to cover their expenditure. MEPs backed a Green initiated cross-group proposal to suspend funds for the so-called 'high-level expert groups', which advise the Commission, an important step on tackling the role of lobbying in the EU. Beyond this, the Greens were also seeking to prevent any further EU funds being channelled to bullfighting and the related sector. Unfortunately the amendment was rejected. However, with a large number of MEPs having supported the proposal, this sends a strong message that this untenable situation must be brought to an end. It was also the first time the new parliament voted on the issue of the parliament's seat, and the waste of the multi-seat operation. Further information:
Tom Köller – Advisor on Budgets
tom.koeller@ep.europa.eu _______________________________________________________

Wednesday 22 October 2014 - Plenary debate The Mos Maiorum coordinated EU action by police forces, which has resulted in the indiscriminate imprisonment of innocent refugees, was debated by MEPs with the Council on Wednesday. The Greens have condemned this on-going broad strokes operation, which will create further suffering for those who have fled their home countries due to persecution, while fuelling ethnic profiling and discrimination. Blanket detentions of migrants without visas are clearly not the best way to target traffickers and criminals. Instead of chasing refugees and migrants like criminals, we should move towards developing more legal and safe means of entry for them. _______________________________________________________

Disappearance of 43 teaching students in Mexico 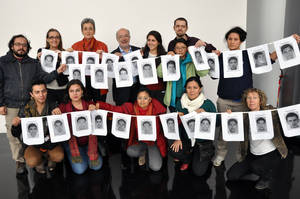 Following the disappearance of 43 student teachers in the Mexico, MEPs voted on a motion Thursday that failed to apply real pressure on the Mexican government to ensure a thorough investigation. Impunity is rife in Mexico and the Greens believe that plans to modernise the Global Agreement with the EU must be put on hold until real efforts are made to put an end to it. Such horrendous crimes will only continue while such impunity exists, especially in cases where state agents or their collusion with organised crime is implicated. Further information:
Gaby Küppers, Advisor on External Economic Relations and WTO - gabriele.kueppers@europarl.europa.eu _______________________________________________________

An insight in the parliamentary work