Now that the 27 national ratification procedures have been concluded, the European Parliament welcomes 18 new Members in Strasbourg.

Two new Members will join the Greens/EFA Group this week: Yves Cochet, elected on the list of Europe Ecologie - Les Verts in France and Amelia Andersdotter, from the Pirate Party in Sweden. 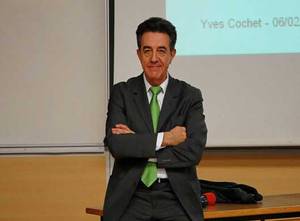 Yves Cochet, 65 years old, is not really a new Member. He already has a long political experience since he was already a MEP in the Green Group during the 3rd legislative period of the European Parliament (1989-1994). Being a founder member of Les Verts in France, he was elected in the 1989 European elections and sat in the Budgets and Budgetary Control committees and in the delegation for the relations with Israel. After that, he was also a MP and Vice-President of the Assemblée Nationale in France before becoming Minister of Land Planning and Environment (2001-2002) and reelected MP in 2002.

Yves Cochet will be a full Member of the Environment, Public Health and Food Safety committee and a substitute Member of the Industry, Research and Energy committee. He will also be a Member of the delegation for relations with India. 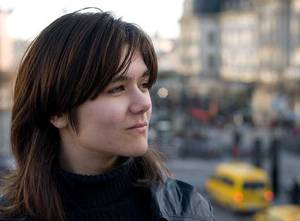 Amelia Andersdotter, 24 years old, starts her first-ever political mandate and is indeed the youngest MEP. Just a few years ago, she worked with the youth organisation of Piratpartiet, the Swedish branch of the Pirate Party which is an international movement which aims to reform copyright laws, allow free file sharing on the Internet and abolish patent laws. For the 2009 elections, she was in second place on the list and ended up in the very awkward situation of the so-called 'Lisbon MEP' after Christian Engström, top on the list, was elected in June 2009.

Amelia will be a full Member of the Committee on Industry, Research and Energy and of the delegation for relations with the Korean Peninsula.

Two additional MEPs who will surely bring experience and fresh blood to the Greens/EFA Group.  Discover their profiles by clicking on their names above. With 58 MEPs midway through this legislative period, the Greens/EFA will remain the 4th largest political group in the European Parliament.

* The Treaty indeed gives the 18 additional seats to 12 Member States, while Germany loses 3 seats due to the new thresholds in the treaty. A transitional change in the Lisbon Treaty was therefore required to allow a temporary increase in the total number of seats from 751 to 754 and to enable the 18 new MEPs to take their seats while the 3 German MEPs elected in the last elections may continue to the end of the current legislature.