The Greens- EFA  Group has always fought against Genetically Modified Organisms (GMOs) in the EU. We believe that they drive an unhealthy agricultural system further in the wrong direction, pose risks to consumers’ health, animal welfare and the environment. This is why  every time the European Commission proposes the authorisation of a new one, the European Parliament objects to it.

Today’s adoption by the European parliament of objections to imports of a genetically modified (GM) soy and a GM maize bring the total number of GMO objections to 36. See tables below for a full summary.

The 36 objections (all voted since December 2015, equivalent to almost one per month) include three against the cultivation of GM maizes on European soil, 32 against authorisations for importing GM crops into the EU (imports from third countries for food and feed) and one against import of a GM carnation.

By authorising a record of GMO the Juncker-Commission is completely disregarding democratically-elected majorities and Juncker himself is breaking the promise he made when he took office in 2014, and all this democratic mess just because of the lobby and profits of 5 agrochemical multinationals.

The reasons for the objections, tabled by a cross-party group of MEPs and led by the Greens/EFA group, are numerous. Here are our top six reasons for saying no (again and again).

1. No to cultivation of GMOs in the EU!

We are opposed to GM crops since they lead to further privatisation of life and ownership of seeds by powerful multinationals, taking control out of farmers’ hands.  GM crop cultivation also means more pesticides in our environment, the contamination of non-GM crops, including organic agriculture, and the emergence of ‘superweeds’ which may then breed with wild plants.

For a GMO authorisation to receive a ‘positive opinion’ from Member State governments, there has to be what is called a qualified majority in favour (55% of Member States representing at least 65% of the total EU population).

However, not a single GMO has received such a positive opinion. In fact, in many cases, the predominant position of the governments has been against authorisation.

The European Parliament, directly representing EU citizens, repeatedly says no. Our objections also call on the Commission to suspend the authorisation of GMOs until the procedure has been revised in such a way as to address the current democratic shortcomings.

However, despite ongoing lack of support from the Member States, Parliament’s opposition, and President Juncker’s claim, back in 2014, that he wanted to democratise the decision making process on GMOs, the European Commission continues to authorise them.

3. Toxic residues on our plate

Health risks from GM crops imported into the EU for food and feed cannot be ruled out for humans and farm animals.  One reason being that the vast majority of GMOs have been made tolerant to one or more herbicides, most commonly glyphosate and glufosinate.

Glufosinate is proven to be toxic for reproduction and its use on crops grown in the EU is forbidden. Questions over the carcinogenicity of glyphosate remain. Another complementary herbicide is 2-4 D, a known endocrine disruptor with reproductive toxicity.

Whilst these herbicides are also used on non-GM crops imported into the EU, it can be expected that GM crops will be exposed to both higher and repeated doses of the complementary herbicides since they have been intentionally created for this purpose.

Furthermore, many GMOs have been made tolerant to two or more herbicides. The cumulative effects of the residues, and the specific way that they may interact with the GM plant itself, are not analysed as part of the EU safety assessment.

We don’t want a cocktail of toxic residues on our food.

Many GM crops have been modified to continuously produce toxins that are poisonous to some of the insects that eat the crop, called Bt toxins.  However, studies show that Bt toxins may reinforce the allergenic properties of other foodstuffs.

Food allergies are on the rise and a growing public health issue. Why risk exacerbating these allergies when we don’t need GM crops in the first place?

5. We also care about people and the environment outside the EU

Most of our objections relate to the import of GM crops grown outside the EU, but our concern for people and the environment does not stop at borders! Among other things, the increased herbicide use associated with GM crops has been shown to have adverse effects on health, biodiversity and the environment. For example, the devastating health impacts relating to glyphosate use, often on GM crops, in countries such as Argentina has been widely documented. Since the introduction of GM RoundUp Ready crops in 1995 the use of glyphosate has increased with a factor 15.

The EU has signed up to the UN Sustainable Development Goals which, among other things, commits parties to substantially reduce, by 2030, the number of deaths and illnesses from hazardous chemicals, and air, water and soil pollution and contamination. The EU has also signed the United Nations Convention on Biological Diversity which places on its parties the responsibility to ensure that activities within their jurisdiction do not cause damage to the environment of other States.

We question how the Commission can continue to authorise these GM crop imports without undertaking assessments of how these decisions may impact its obligations under these important international agreements.

GMO plants do not fundamentally give any advantage to consumers: they are not healthier, nor even cheaper. The claim is that farmers growing them are able to simplify their farming practices, but GMOs actually destroy soil fertility and biodiversity in the long run. Efficient alternatives to herbicide use and GM Bt toxins exist and are being successfully used in, for example, organic farming.

Enough good food for everyone can be produced without GM crops, so why take the risk? Why undermining democratic decision making in the interest of a handful of agrochemical companies? 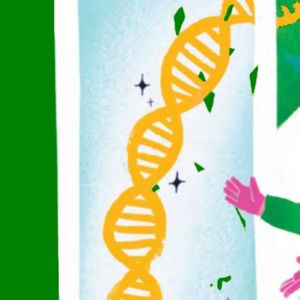 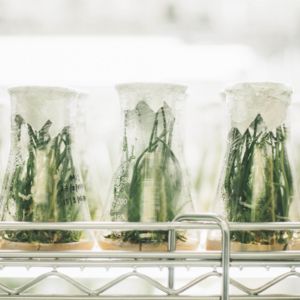 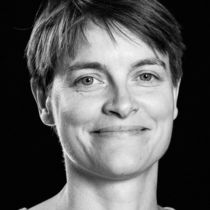