As part of Lithuania's accession process to the EU, it was agreed that the Ignalina nuclear power plant would be decommissioned due to safety concerns, with the Union bearing a significant part of the costs.

"Nuclear power is an expensive, high-risk technology. The European Commission must stick to its promises in order to make the costly and safe dismantling possible as quickly as possible and to make the Lithuanian model an example for future decommissioning projects. This is in the security interest of all Europeans.

"The complete decommissioning of the two Chernobyl-type reactors should be completed in 2038. The European Union has to contribute to the safe and permanent disposal of nuclear waste."

"As a former long-time Mayor of Ignalina region, I am very happy with the result of today’s vote. It showed the European Parliament’s unprecedented support to Lithuania. It is especially important that the European Parliament rejected the Commission’s proposal to increase Lithuania’s financial contribution to the Programme by reducing the EU’s co-financing share. It would be unfair with regard to Lithuania as there is no obligation foreseen in the Accession Treaty on the subject of the mandatory financial contribution of our country. Acting in good faith, Vilnius agreed to commit itself to covering 14% of the Programme’s cost, and this share should not be increased to 20% as the Commission had suggested.

"We should also remember that besides co-financing of the decommissioning works, Lithuania is obliged to address acute social problems that the region is facing as a result of the loss of its biggest employer – Ignalina NPP. The decommissioning programme does not address nor cover these social issues, so Lithuania has to find other sources to tackle the problem of unemployment and provide new opportunities for the people of the Ignalina region." 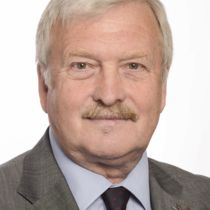