The European Commission today presented its long-awaited 'white paper' setting out a roadmap for transport policy in Europe. The Greens criticised the paper, which is based on insufficient targets and seeks to delay necessary measures. Commenting on the paper, Green transport spokesperson Michael Cramer said:

"The Commission has realised the need to change the direction of transport policy in Europe but it is keeping the handbrake on by seeking to delay the necessary measures to implement this change. While the Commission has correctly assessed some of the main challenges for the transport and underlined the need to shift to a more sustainable transport system, it recommends postponing any real effort until 2030 and has based its proposals on insufficient targets."

"The Commission has rightly recognised the need to do something about the significant and growing contribution of transport to climate-damaging greenhouse gas emissions (1). However, the targets the Commission proposes for the transport sector are completely out of sync with the EU's climate change commitments and obligations.

"The roadmap proposes to reduce transport emissions 20% by 2030 from their 2008 levels but this will mean they would still be 8% higher than their 1990 levels, which is the reference year for emissions reductions. Thereafter, the Commission proposes a more dramatic decrease of 5% per year, with a target of reducing emissions 60% by 2050 below their 1990 levels. However, the EU needs to and has committed to reduce its emissions 80-95% by 2050 to play its part in avoiding dangerous climate change. This will mean the transport sector will not shoulder a sufficient share of the burden and risk undermining the reductions from other sectors."

"The roadmap is distinguished by a serious lack of concrete measures. The Commission fails to outline measures to address the competitive disadvantage faced by more sustainable transport modes like rail. It ignores the unfair competitive advantage gained by the aviation sector through the lack of any tax on aviation fuel (kerosene) or VAT on air tickets - which amounts to a €30 billion per year subsidy. It is silent on the need to internalise the external costs of road transport. If the EU is serious about switching to a more sustainable transport system, it needs to invest in the necessary infrastructure and not continue building roads and airports."

(1) Transport accounts for up to 30% of EU greenhouse gas emissions and transport emissions have increased 35% since 1990. 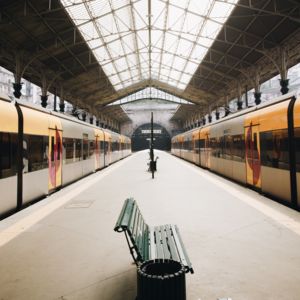