Humanitarian situation of refugees and migrants at the EU's external borders

Today, Members of the European Parliament will debate the situation facing refugees and migrants on the EU's external borders, following reports of the dire situation in Greece, Bosnia and Herzegovina, the Canary islands and elsewhere. The Greens/EFA group are calling an end to the humanitarian crisis, the reception of refugees and a committee of inquiry into the alleged role of the EU border agency Frontex in illegal pushbacks.

"The inhumane and dangerous situation facing refugees and migrants in the camps in Bosnia-Herzegovina and Greece and elsewhere is shameful. European governments must not continue to ignore the humanitarian catastrophe on our borders. We must stop the spiral of deterrence through inhumane conditions and illegal pushbacks.

"The Greens/EFA group calling on the Portuguese Council Presidency to launch an initiative to transfer people in need from the camps to places where their rights and safety can be guaranteed. European governments must allow the many cities and municipalities that are willing to take in refugees to be able to assist them.

"Illegal pushbacks deny refugees the right to asylum and threatens their lives. Yet, the serious allegations of pushbacks taking place at the EU's borders, with the knowledge or even complicity of national and European border guards, have yet to be properly investigated. The European Parliament must set up a committee of inquiry to look into the evidence of pushbacks, and to investigate the allegations of involvement by Frontex and national authorities."

The debate can be followed live, here, from around 11.25.
At a special hearing of the LIBE committee last month, the Director of Frontex, Fabrice Leggeri, failed to assure Greens/EFA MEPs that the border agency is taking allegations of "pushbacks" at the EU's external borders seriously, despite numerous reports of the illegal practice taking place. MEPs are awaiting the reply of Leggeri into reports of pushbacks in the Aegean Sea. The Greens/EFA group are calling for as special inquiry committee to look into the allegations of illegal activities by European and national border guards at the EU's frontiers. 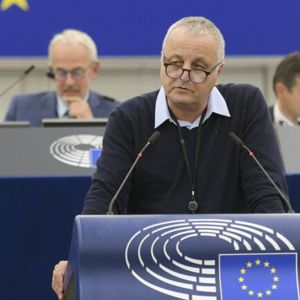