Today, following the second joint-hearing of the Commissioner-designate Sylvie Goulard in the European Parliament, MEPs have not endorsed her candidacy for the Commission. The Greens/EFA group voted against.

"After in depth careful consideration and respect for the democratic process, the Greens/EFA group voted against Sylvie Goulard for the role of European Commissioner. The politics of trust must be at the foundations of European democracy.

"Unfortunately, while she made some good steps on content, Sylvie Goulard's on-going ethics questions and her inability to adequately address these means we cannot endorse her for as European Commissioner. The Commission must lead on issues of ethics and integrity if we are to build trust in the European project."

"Throughout this process Sylvie Goulard has had several opportunities to clarify the ethics questions hanging over her candidacy and she has not been able to rectify these. The fact that she didn't seem to see an ethical problem with taking large amounts of money from a US think-tank while being an MEP raises serious concerns for someone wanting to hold one of the most high profile jobs in the EU.

"This whole incident shows the need to limit the side incomes of Parliamentarians and why we need an independent ethics body to deal with these issues across the institutions."

GREENS/EFA Priorities for the Conference on the Future… 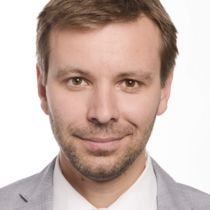